The fantastic fundraising efforts have not been in vain, as the £4,800 target is reached for a new special vein finder for the Children’s Ward 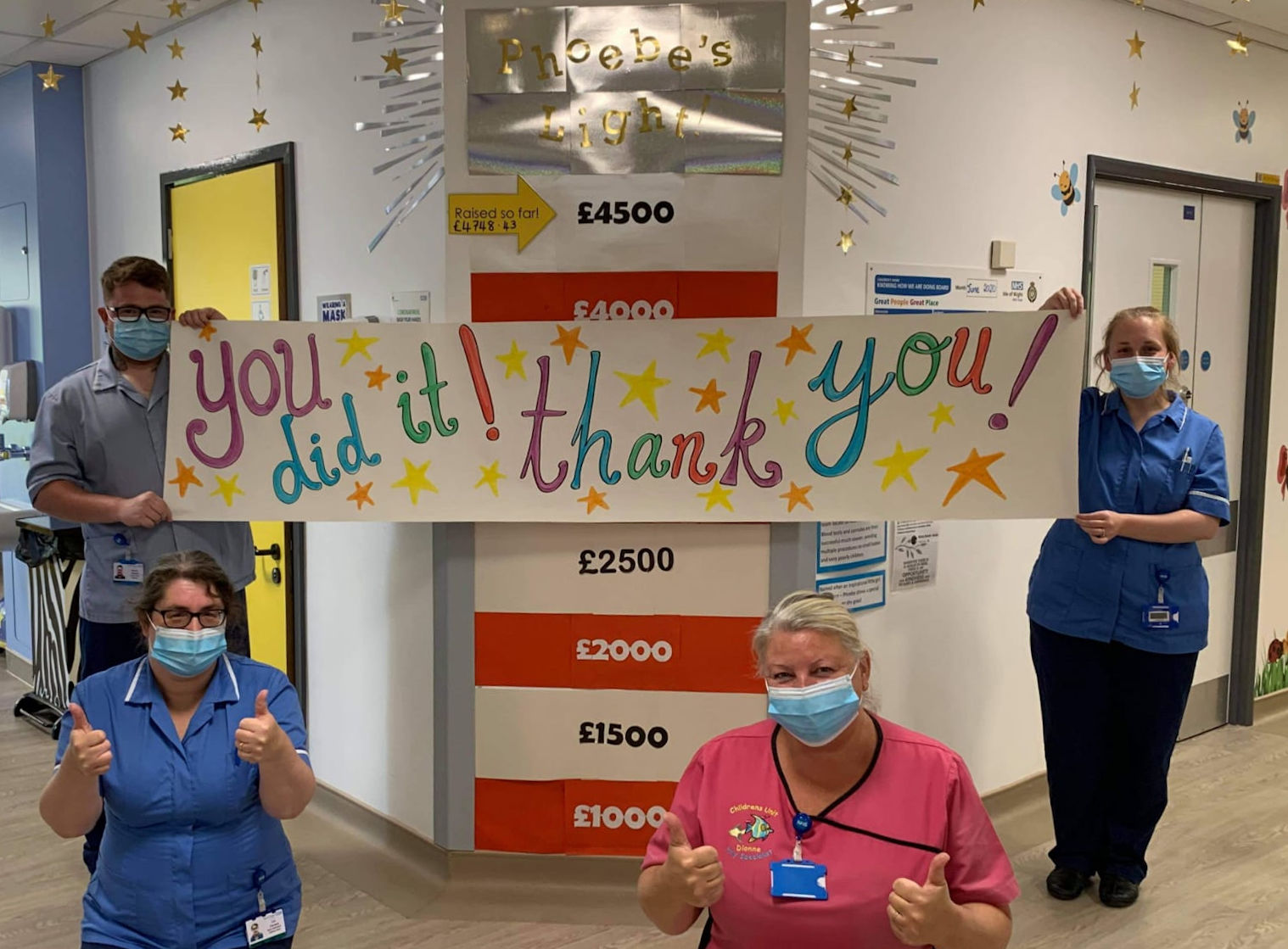 This week the Isle of Wight NHS Trust’s Children’s ward celebrated reaching their target of £4,800 for Phoebe’s Light.

The Accuview vein finder, nicknamed Phoebe’s Light, after a very special girl in the Children’s ward care, helps medics see difficult to find veins, reducing the need for multiple attempts at blood taking or cannulation. It makes blood tests less traumatic for all the children but especially for really poorly ones.

Variety of fundraising challenges
Having witnessed how the vein finder would help first hand, Phoebe’s family headed the fundraising efforts with dad Peter being sponsored for the three peak challenge.

They were joined by friends and family and challenges were set! First by Kirsty for running every day for a month and then Becky’s social distancing fundraiser online during lockdown.

As news spread the fundraising gained momentum with generous donations from the public and organisations added to the pot.

“We are so happy to be able to purchase Phoebe’s Light. The vein finder will make such a difference to all children who have to have their bloods taken or medication given.

“It’s isn’t nice for any child or their parents to watch them being poked and prodded, this will cause much less discomfort for all.

“We are overwhelmed with the support shown to the children’s ward and we cannot thank everyone for raising or contributing the funds enough, we also got to purchase a trolley stand too. Thank you”

“Thank you so, so much”
Phoebe’s parents, Peter and Hollie, said,

“Thank you so much to everyone who has donated to Phoebe’s Light.

“You can’t imagine how much it means to us to know that when Phoebe goes into hospital again that this piece of equipment will be there for her and all the other children on the Island.

Donate to the fund
Phoebe’s birthday is this month and the family are very kindly requesting donations to the fund instead of presents which can be made via Just Giving.

News shared by Isle of Wight NHS Trust, in their own words. Ed