Officers say the turbines would have a significant adverse impact on the character and appearance of the nationally designated landscape they would sit within. 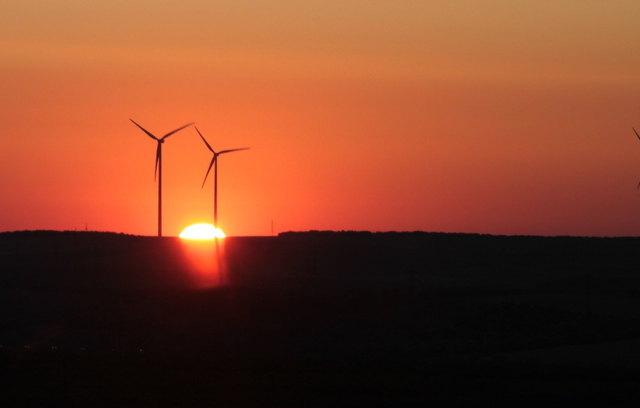 Planning officers are recommending refusal for an application to site two wind turbines on land at HMP Isle of Wight (previously Camp Hill).

Despite the application being revised three times, officers believe the turbines will have a significant adverse impact on their surroundings.

The proposed development by virtue of its dominance, scale, siting and appearance would result in a significant adverse impact on the character and appearance of the nationally designated landscape of the Isle of Wight Area of Outstanding Natural Beauty, in particular when viewed from the protected landscape that surrounds the Newtown Estuary.

The applicant has not demonstrated that these identified adverse impacts are capable of satisfactory mitigation.

The submitted information has failed to satisfactorily demonstrate that noise generated from the proposed wind turbines would comply with the guidelines for sound levels from such development as set out within ETSU-R-97 and therefore the Council is not satisfied that the development would protect the amenities enjoyed by occupiers of nearby neighbouring properties. In consequence the proposal is contrary to policy DM2 (Design Quality for New Development) of the Island Plan Core Strategy.

Public interest
The application has over 1,000 comments lodged from members of the public and different organistions.

It will be heard at the Planning Committee meeting on Tuesday 16th December from 4pm.

Another very important reason for recommending refusal is that the developers have not been able to demonstrate compliance with noise regulations. So, if the development goes ahead neighbouring homes would be subjected to unreasonable noise disturbance. Why have you not reported this?

Thanks for pointing out the second recommendation which I have now added to the article. I appreciate the call.