The applicant believe there’s “a genuine gap in the facilities provided by Chillerton for this type of establishment”, and plan to open a micro-pub. 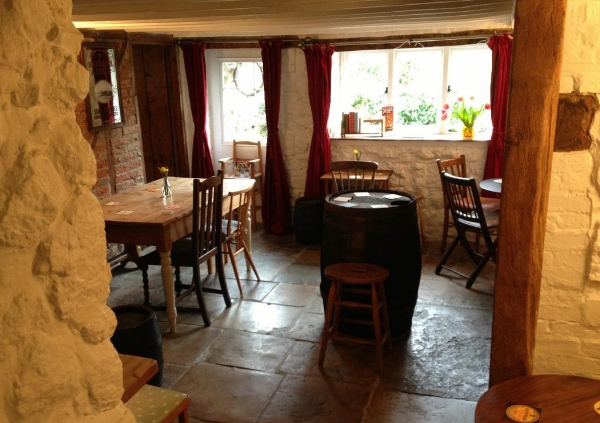 A pop-up pub could become a permanent feature in the village of Chillerton.

An application has been submitted to open a parlour inn within the village, based in the living room at Glencoe Cottages.

Room for 20 people
The small pub, which would fit approximately 20 people at a time, would only be open on Fridays and Saturdays, from midday to 10pm.

Gareth Rider and Zoe Rhind, of ‘The Bunnery’, have submitted the plans after a number of successful community events tested the popularity of an inn within the village.

A genuine gap in the facilities provided
The plans, submitted to the Isle of Wight Council, said:

“There is a genuine gap in the facilities provided by Chillerton for this type of establishment, being a micro-pub, serving the needs of a small rural community.”

The historic building has flagstone floors and looks similar to a traditional pub.

The pub would serve craft ales and a small number of cold foods.

“The nature of the proposed use is similar to having a family gathering at the weekend. The closing time of 10pm will ensure there is no disturbance caused to residents late at night.”

Sound proofing has also been suggested as an option, however, the walls of the 18th-century cottage already provide a good level of insulation.

No hot food will be served on site, to minimise odours.

Local suppliers
There is no risk of food delivery trucks needing to visit the site as the applications said they would be able to source and collect from local suppliers.

On offer will be crisps, nuts, chocolate bars, sandwiches, and cakes.

Local pub for local people
There is enough on-street parking, however, it is hoped most of the visitors to the pub would be locals who would walk:

“It is generally accepted that if you want to lift up the life of a village then by definition there will be more activity.”