Cllr Garratt said the council ‘should be doing more for those that need it’ and proposed an amendment, but it was rejected by 19 votes 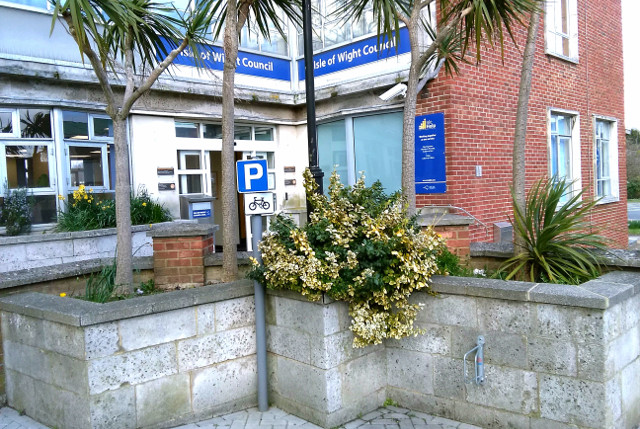 A plea to help ‘those who need it most’ — by giving them an extra five per cent off their council tax — has been rejected by Isle of Wight councillors.

The scheme would give Universal Credit claimants a reduction of between 20 and 70 per cent.

Cllr Michael Lilley, who supported the motion, said the five per cent increase would save the council money because fewer families would need help from other council-run support services.

“If we increase it, we would be sending a message that we are listening to those families on the Island that are struggling.”

Stewart rejected the amendment
However, council leader Cllr Dave Stewart said he could not support the amendment because the council had a duty to ‘all residents of the Island,’ not just benefit claimants.

He said the new scheme was comprehensive and continued the current scheme, without the need for changes.

Cllr Stuart Hutchinson, cabinet member for finance and resources, said the proposed five per cent increase would cost the council almost £500,000 a year.

The Conservative-controlled council rejected the amendment by 19 votes to 12.

Garratt: Chance for council to say we recognise difficulties
Speaking after the meeting, Cllr Garratt said:

“Obviously I am very disappointed.

“Here was a chance for the council to say we recognise the difficulties people are in paying their council tax — that it would be better to give them that uplift of just a few percentage points extra, so they would have that money in their pockets each week to pay for essentials.

“In the end, I hope the message is out there that people should, whatever their circumstances, recognise the council has a hardship fund. There is some help available for them — I am just sorry it is not coming directly through the amendment I moved tonight.”

“The reason I opposed it is because we really do have to have a balance between what we give to those individuals who are in need and the amount of money we have to raise from the rest of the Island population who have to pay for it.

“Had we agreed the amendment, we would be asking Island residents to find another 1.5 million over the three year medium term strategy — we didn’t feel that was wise.”

One agrees with the IW Council Leader Cllr Stewart when he stated “ …the Council had a duty to all residents.”
If only he would apply that philosophy to the Floating Bridge which continues to haemorrhage council tax money because of its fundamental flaws and the consequential failure to achieve the objective of increasing the economy of East and West Cowes.

Heartless Conservatives giving those most in need a helping hand as usual.

Please use your vote on the 12th December to change our Country, and our island, into a less selfish, and more caring society.

Usual Conservative response, illustrating why we need to get rid of these chancers

Vote Up41-12Vote Down
Benny C
Well he found the money for another Undercliff Drive survey to benefit a few business owners he says he knows who aren’t able to adapt to the current closure. Despite the fact an equal number have adapted very well. Could he be buying voters for the next election at the expense of the pose most in need! Surely not. On current form he needs all the help… Read more »
Vote Up25-3Vote Down
ukdave

The correct decision. The benefits system is organised nationally by government. For local councils to tinker with it, further taxing its own residents to pay for extra benefits over-complicates the system and is unfair on the local tax payer.

This is not tinkering. This is about the consequence of the Welfare Reform Act 2012 for councils to have in place a local council tax support scheme. My amendment was about the level of local support to be offered, not the principle.