Podium honours for Weaver in Aldershot

The rally held on private roads offered a mixture of grip levels, providing a challenge for competitors as the surface changed from very dry to extremely slippery in a matter of yards 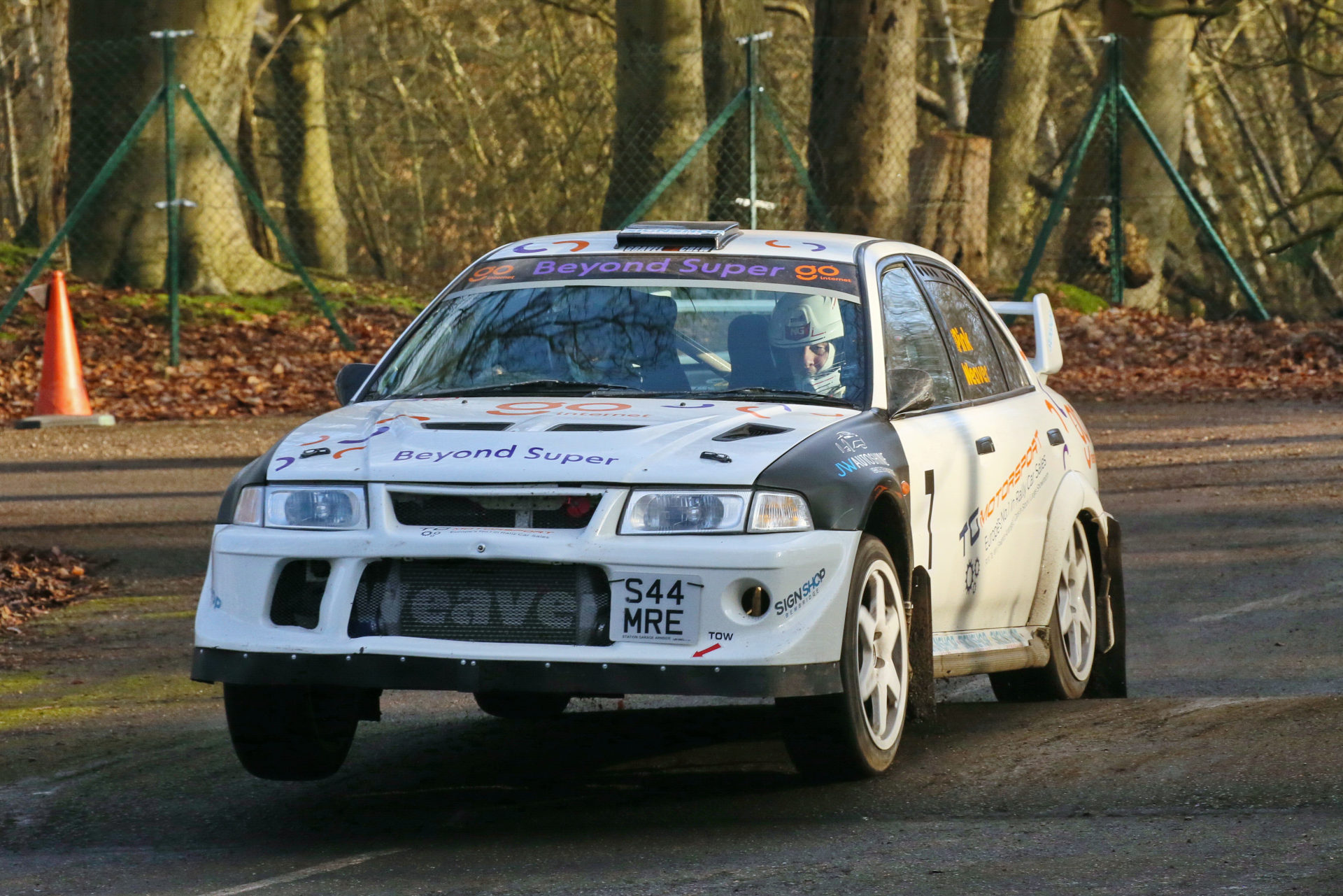 The event was a welcome opportunity to round out the rally season as Rushmoor Arena dawned mild and sunny.

Rally on private roads
The rally held on private roads offered a mixture of grip levels, which provided a challenge for competitors as the surface changed from very dry to extremely slippery in a matter of yards.

The tight nature of the venue rewarded precise driving and any mistakes would prove costly with just eight short stages for the crews to tackle.

Second-fastest all day
Of the 52 competitors, Weaver and co-driver Tim Sayer from Kent, immediately went second fastest overall and were to remain there for the rest of the day.

They drew joint fastest time on stage five with the leader, but on stage six they had a scare when the front drivers-side tyre punctured after a heavy impact with a raised kerb. This forced them to complete the remainder of the stage on mostly the wheel rim, after the tyre partially peeled off.

Consolidated second place
Fortunately, they only lost six seconds. With a healthy lead of 46 seconds to the next competitor and 31 seconds deficit to the leader and just two remaining stages, Weaver and Sayer consolidated their second place as the rally drew to a close.

Cook: Good to support a home-grown team
Trevor Cook, of Go-Internet who is main sponsor to the team expressed his delight at both this result and a successful season which has delivered and overall win and numerous class honours for Richard.

“It’s been a wonderful season for Richard and a pleasure to watch the progression throughout the year. It has been especially nice as a local Isle of Wight business to support a home-grown team.

“It is always a pleasant surprise to see so many Island sportsmen and women achieving in all manner of sporting activities. We’re really quite good at it!”

Next event
Richard will cite his next event as the Sandown Speed Trials which take place on the weekend of 28th/29th March 2020 when the Isle of Wight Car Club host this closed roads motorsport event at Sandown Seafront.

With as many as 150 competitors it is sure to kick off the holiday season in style.