Police are hoping that Island residents can help with this appeal. Ed 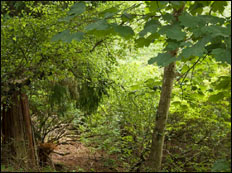 Detectives are investigating a report of an indecent assault on a 14-year-old boy from the Isle of Wight.

The teenager’s family contacted officers to say he was approached from behind by a stranger in woodland near Shorwell Shute on the outskirts of Newport.

It’s alleged the stranger indecently touched and threatened the boy before leaving him unharmed.

Description of suspect
The suspect was described as:

No injury but distressed
Investigating officer Detective Constable Mark Mitchell of Isle of Wight CID said: “The boy was not injured during this indecent assault, but he is clearly distressed and shaken about what’s happened to him.

“Police are continuing to pursue several lines of enquiry in the community. Our investigation so far suggests this is an isolated case as we have received no other similar reports.

“The boy did not see the face of the man who approached him so we are eager to hear from anyone with more information or who may have noticed a man acting suspiciously in the Shorwell area recently.”

Information can be given anonymously by calling the Crimestoppers charity on 0800 555 111.

Isle of Wight Safer Neighbourhoods Inspector Terry Clawson added: “This type of incident is very rare on the island, but police treat all reports of this nature seriously. Detectives are working with the teenager’s family to help identify further lines of enquiry.

“The teenager acted responsibly in upsetting circumstances by telling his family, who then contacted police. The island’s Safer Neighbourhoods teams regularly meet with children and teenagers in schools to talk about personal safety advice. We would always encourage sensible reminders for families to know where their children are going, and to report any incidents to police as soon as possible.”

Image: Dominic under CC BY 2.0