Have you seen this missing woman?

This in from the police. Ed


Police are appealing for information to find a vulnerable woman reported missing on the Isle of Wight. 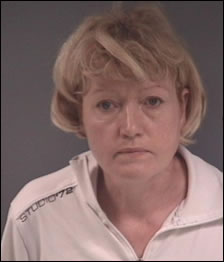 Catherine Anne Rabstein, aged 45, from Grayshot, Surrey was last seen at 12.00pm approximately on Tuesday, April 13, 2010 when she left a Bed and Breakfast in Queens Road, Shanklin, Isle of Wight.

She is also known to use the name Caroline Robinson.

Catherine Rabstein is described as:

When last seen, she was wearing:

She was also carrying a grey floral handbag with wooden handles.

Inspector Jonathan Hoare said: “Police are continuing to carry out various enquiries at hotels, guest houses, pubs and shops on the Isle of Wight, and speaking with relatives and friends both here and in Hampshire and Surrey.

“We believe Catherine remains on the island so officers are keen to hear from anyone who has noticed or sees someone matching Catherine’s description.”