The skyline of Portsmouth looks like it’s going to changing soon. Here are the details of the two tower blocks coming down and why. 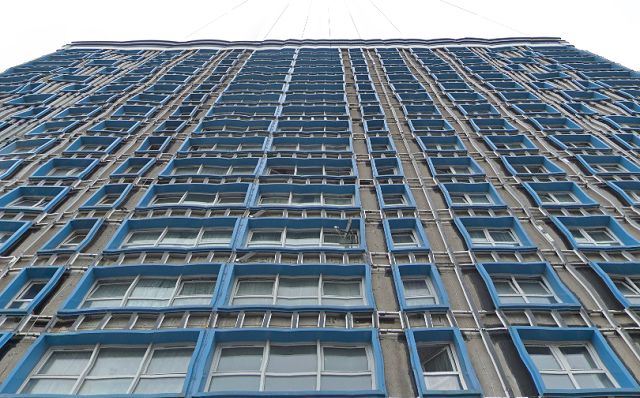 Two landmark Portsmouth towers are likely to be torn down after it was revealed work to make them safe would cost upward of £86m.

It comes after work to remove Grenfell-style cladding from the 1960s towers showed weaknesses in the structures’ concrete. Although repairs were deemed possible a recent report focusing on the detail of work needed proved this would not be financially viable.

De-construct tower blocks in Somers Town
The council is set to rubber-stamp plans to de-construct Leamington House and Horatia House in Somers Town rather than approve costly repairs to the buildings’ concrete.

In their place it is proposed at least 272 new social homes will be built, replacing those lost.

“I’m pleased that we’re finally in a position to begin moving forwards with Leamington and Horatia.

“Residents have been moved from these blocks twice in the past 20 years and re-strengthening the buildings at an enormous expense would only provide us with a further 30 years of use. That’s simply not in the best interests of the council or the residents. We want to this situation to provide long-term housing solutions, not sticking plasters.”

800 residents would be rehoused
When the initial report raised fears about the towers’ safety in June last year around 800 residents were told they had to be rehoused. Currently 50 households remain in the towers, 37 of which have been found new homes.

It is thought all the residents will be moved out by spring this year.

If the plans are approved the council will go to a public consultation to decide what type of housing can be built on the towers’ sites.

“Selling the sites for student or similar accommodation is absolutely not an option. It’s not acceptable when people across the city are crying out for homes they can afford.

“That’s why we want any plan to include at least as many socially-rented homes as exist now. It is also why our focus is working with the residents of Somers Town themselves to shape their area to meet their needs.”

The cost of de-constructing the buildings will be between £5-£6m.

Why the towers will be deconstructed rather than demolished
Demolition is not an option for two Portsmouth tower blocks, council officers have said.

If plans to tear down Leamington and Horatia House in Somers Town are approved on 26th February, the process will be a ‘de-construction’ rather than demolition.

“The buildings will have to be de-constructed piece by piece rather than demolished.

“We have got to make sure it is safe as possible as they are taken down. The buildings that surround them are very close so it would be unsafe to bring them down quickly.”

“We want to create minimal impact for those living nearby so that they can continue to live their lives normally.

“If you are blowing up buildings only 30 yards away from others that is not safe. Risk will be reduced dramatically by de-construction.

“We have done the best by our residents and put their safety first. Safety has to come before profit. Now we can start looking at the future of the area.”

Work to begin by end of spring
Once the remaining 50 households in Leamington and Horatia are moved out by the end of spring, the buildings will be secured before work begins.

Plans to de-construct the 1960s buildings were proposed when a recent report showed weaknesses in their concrete would cost around £86m to fix.

But this is not an isolated incident

“This seems to be an issue that is affecting other local authorities such as in Rugby.”

Recently Rugby Borough Council found that work to bring two of its high rise blocks, in Biart Place, up to scratch was not viable, with repairs estimated to cost £20m.

Plans to demolish the blocks were approved last September.

It is thought the de-construction of Leamington and Horatia will cost between £5m and £6m.

Q&A with Portsmouth City Council on the towers
What is happening now with Leamington House and Horatia House?

As you know, cladding was removed from Leamington House and Horatia House following the Grenfell tragedy. We then found problems with the original 1960s concrete construction of the blocks during the detailed building surveys, which were carried out while we were looking for a suitable replacement for cladding. As a result, we put additional safety measures in place and started the process of moving residents to new homes.

While we have been finding new homes for residents, we have also been doing a lot of work to understand what the future options might be for the blocks. This has meant doing more survey work, and starting to get estimates for the cost of repairs.

What have you found out?

Our investigations have shown that, because of the way the buildings were constructed in the 1960s from large concrete panels, the work needed to repair Horatia and Leamington is significant and would be very expensive.

How much will it cost to repair the buildings and how long would it take?

It is estimated that it would cost around £86m to strengthen the two blocks and the work would take as much as five years. The estimated costs mean we don’t think it is affordable for the council to repair the blocks.

What will happen next?

What happens next is a decision for the council’s cabinet and a report has been written explaining the current situation and making recommendations. The report will be available for you to read on the council’s website, along with additional information for residents, former residents and those living nearby.

Go to https://www.portsmouth.gov.uk/ext/housing/leamington-house-
and-horatia-house and follow the link to the report.

What options are being considered?

The report recommends we look at future options for redeveloping the site to create new affordable and social housing, working with residents in Somers Town to make sure the local community is involved.

Will this mean fewer council homes in the future?

No. The council has already made a commitment to making sure at least as many council homes are available in the area in the future as are in the two blocks at the moment.

Will the blocks be sold off for student flats?

No. The council is committed to making sure there is affordable and social housing for local people in this area, including at least as many council properties as are in the two blocks at the moment. The blocks will not be sold-off for student flats.

Will we be involved in what happens to the area?

Whatever decision is taken, the council will work with residents and the wider community in Somers Town to make sure local people are fully involved in the future plans for Leamington House and Horatia House.

When will a decision be made?

The cabinet is expected to make a decision when it meets on 26th February, at 9am.

How can I find out more?

You can find more information on our website at
https://www.portsmouth.gov.uk/ext/housing/leamington-house-and-horatia-house

Is it still safe for residents still living in the two blocks to remain?

Absolutely. The structures are safe for residents to remain in whilst we continue to move residents out into alternative accommodation.

When do you plan to have all residents moved ?

We are on schedule to have all residents moved out in spring 2019.

What will happen to the two blocks once residents have moved out?

Once empty, both blocks will be secured and a security presence will remain to make sure the blocks are kept safe.

What about the residents who said they wanted to come back to the blocks in the future if that was possible?

Although we won’t know what the future of the blocks will be until after the recommendations have been discussed by cabinet, refurbishing the blocks is not financially viable. We will continue to communicate with the residents who have said they would like to return in the future, and once we know what will be happening we will talk to them about the options available.

It is truly a great shame that the inspection which has confirmed the lack of strength in the concrete panels, was not discovered prior to spending untold Thousands of Pounds over cladding the blocks, with suspect material. Still the good thing about rates revenue is that you get more next year.