Powerboat racers battle it out at Cowes Torquay Cowes race

Despite there being a few snapped power steering belts during the Cowes – Torquay – Cowes race, there were clear winners. Malc shares this report from the race. 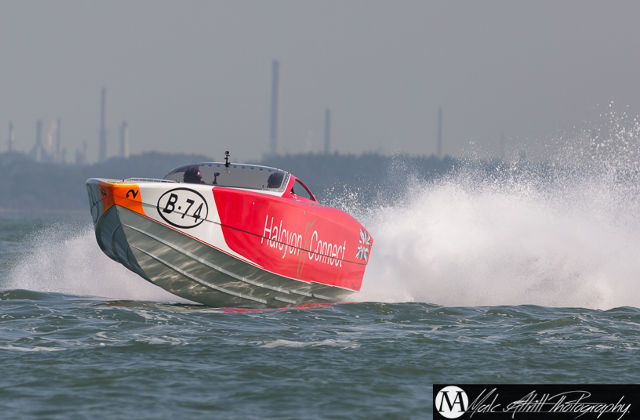 Miles Dobson and James Sheppard (pictured above) won the 2017 Cowes Torquay Cowes with an average speed of 84.03 mph in the popular red hull of Halcyon Connect.

The winner to Torquay, A69 – Cougar driven by Richard Carr and Steve Curtis, broke a power steering belt on the race back to Cowes, this after winning an impressive outward leg at an average speed of 97.68 mph.

Silverline also snapped a power steering belt on one engine on the run to Torquay, hasty repairs were carried out in the West Country which proved to be fruitful – Drew Langdon and Miles Jennings led from start to finish in their Outerlimits hull on the race back to Cowes. 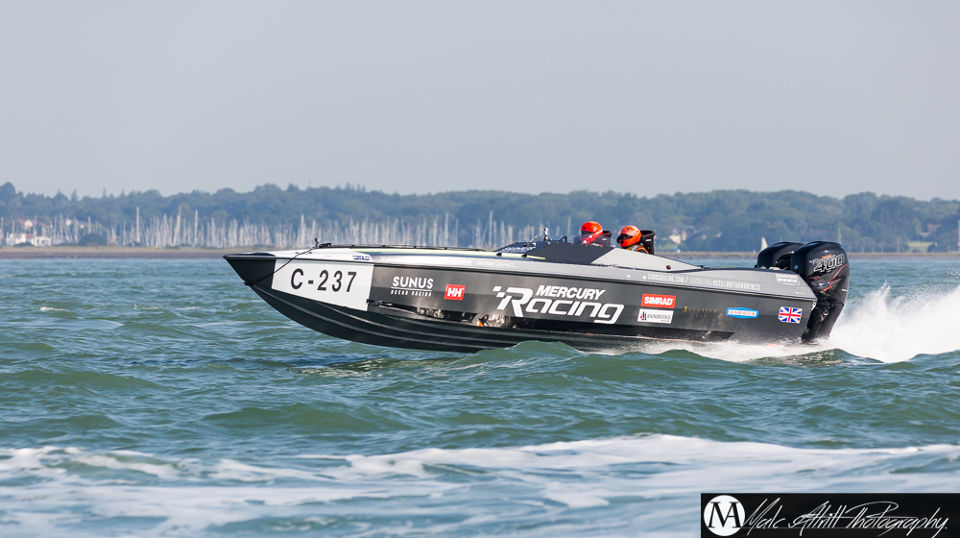 However, it was Dobson in his first Cowes – Torquay – Cowes race and Sheppard in Halcyon Connect that won the race overall with an elapsed time of two hours 35 minutes and 58 seconds in their Ilmor powered Dragon hull.

In third (pictured below), the first overseas entry over the line was Hibernia from Southern Ireland, (John Ryan, Phillip Fitzgibbon, Denis Dillon and Glenn Chidzoy) with an average speed of 75.09 mph. 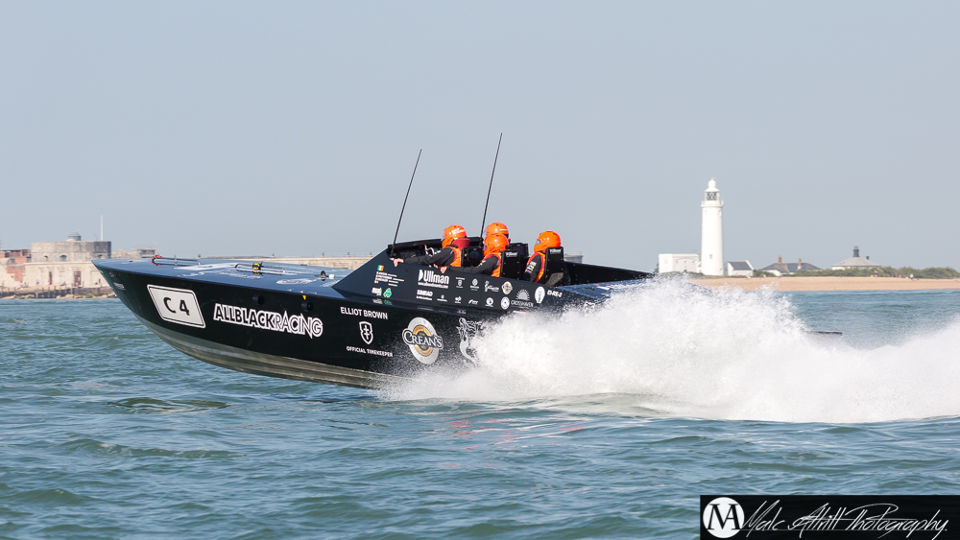 Wight winners
Isle of Wight based team and brothers Adam and Scott Younger (pictured below) took honours in the Cowes – Poole – Cowes race at an average speed of 73.12mph.

Their closest rival T/T Gee driven by Ali Langdon alongside Isle of Wight’s Lucci Levi finished just 2 minutes behind them. 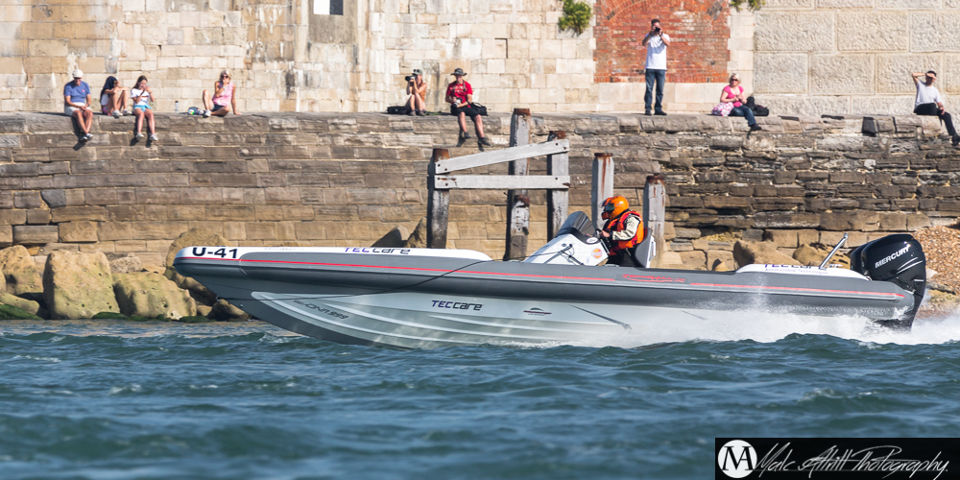 The next four boats over the line were all given 15 minute time penalties for incorrectly rounding Hengisbury Head buoy off Bournemouth. These included another Islander Frankie Rose, who crossed the finish line first, only to be disappointed once the results were published.