The leader of 1st Ventnor Guides was awarded her Queen’s Guide Certificate at a ceremony in the House of Commons. 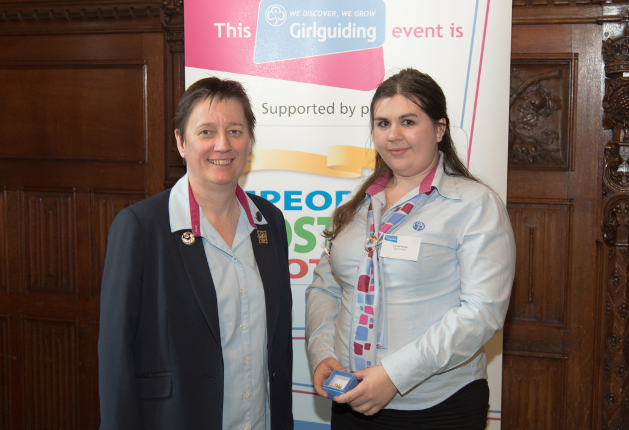 Previously presented with her Queen’s Guide Badge by Shirley Saunders (Girlguiding IW Island Commissioner) Cerise attended the presentation of her coveted certificate at he House of Commons.

Dozens of recent recipients of the Queen’s Guide Award from across the UK were at the ceremony which was also attended by newly appointed Chief Guide, Amanda Medler.

“It’s an honour to become a Queen’s Guide and I look forward to working with the Guides of 1st Ventnor.”

“It would be great if more girls from the Ventnor area would join in the fun of Guiding. It is for all girls aged 10-14 and any girls in that age range are welcome to join.

“With a new Girlguiding Programme about to be launched it is an ideal time to join with the other 600,000 members across the UK.”

See Girlguiding Isle of Wight for more details or ‘contact’.

News submitted by Suzanne Whitewood on behalf of Isle of Wight Girlguiding.