The quick actions of the crew on board the Red Eagle led to the swift rescue of the man in the water. 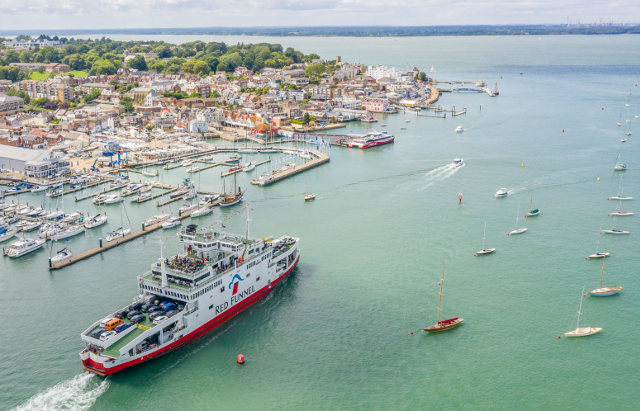 Further investigation aided by binoculars revealed that a man was in the water, holding onto the side of the dinghy.

Southampton Patrol attended the incident and was able to recover the man from the water, assisted by Red Funnel’s crew on the rescue boat, and brought him to shore where local medics attended. He was taken to hospital via ambulance.

Red Eagle’s rescue boat towed the stranded dinghy to Hythe Marina before returning to the ferry for the 06:00 sailing to recommence.

“I am extremely proud of Red Eagle’s team for their quick thinking and efforts in this morning’s rescue operation. The crew were on their second to last sailing of their night shift, demonstrating true commitment and heroism. Our teams are always happy to help in incidents such as this and be another set of eyes to spot anyone that may be in trouble out on the water; this was a true joint effort between the Coast Guard, ABP and our own crew.

“We have experienced some delays to our service as a result; however, our teams are working hard to minimise these as much as possible, with the return Red Eagle sailing from East Cowes to Southampton berthing only five minutes past the scheduled arrival time.

“We had approximately 50 passengers on board this morning’s 06:00 from Southampton, and we thank everyone for their understanding and patience.

“We also send our well wishes to the man recovered and are keeping him and his family in our thoughts.”