Removing fallen tree not as simple as first thought

Island Roads are seeking advice from wildlife experts on how they can take action on a fallen tree without affecting squirrel drey. 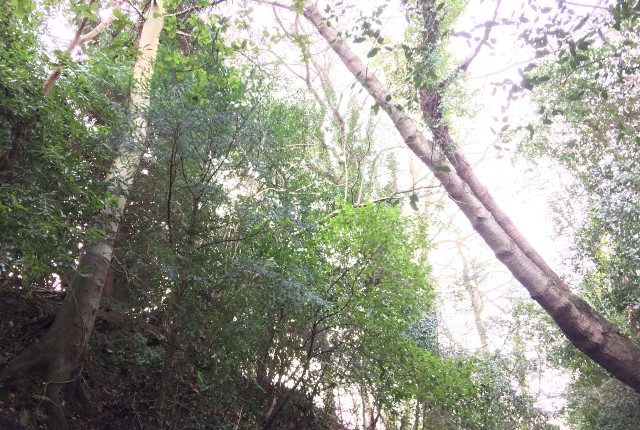 The need to protect one of the Island’s most famous residents is the reason behind a current footpath closure in Shanklin.

The path at Chine Hollow which links the Old Village and Popham Road has been shut since last week because a tree on the embankment there has become dangerous.

But during a survey of the tree, which now dangerously overhangs the footpath because of recent ground movement, it was noted that among the branches is an active squirrel’s nest – a drey.

Protected species
As the red squirrel is a protected species it is illegal to interfere with a tree that hosts nesting squirrels. As a result, the tree must be left untouched until it is known to be vacated by the squirrels.

In the meantime, the footpath has been shut as the tree poses a risk to pedestrians. A diversion is in place and it remains possible to access to Rylstone Gardens from the Old Village via the steps which are outside of the emergency closure.

“The condition of the tree is such that it is not safe to leave the pathway open. However, it is not only ethically right that we look after our local wildlife it is also the law.

“We will therefore liaise with the relevant local experts to ensure that any remedial action to the tree does not interfere with the squirrels who are currently using it. This means that the closure will be in place longer than usual but we are sure residents will understand.”

“I appreciate the fact that Island Roads is doing the right thing and taking advice on this issue.”

Why can’t they just prop it up ?