The rescue operation has involved Ventnor Coastguard, Yarmouth RNLI and British Divers Marine Life Rescue. The police and ambulance service are also on the scene. Details within 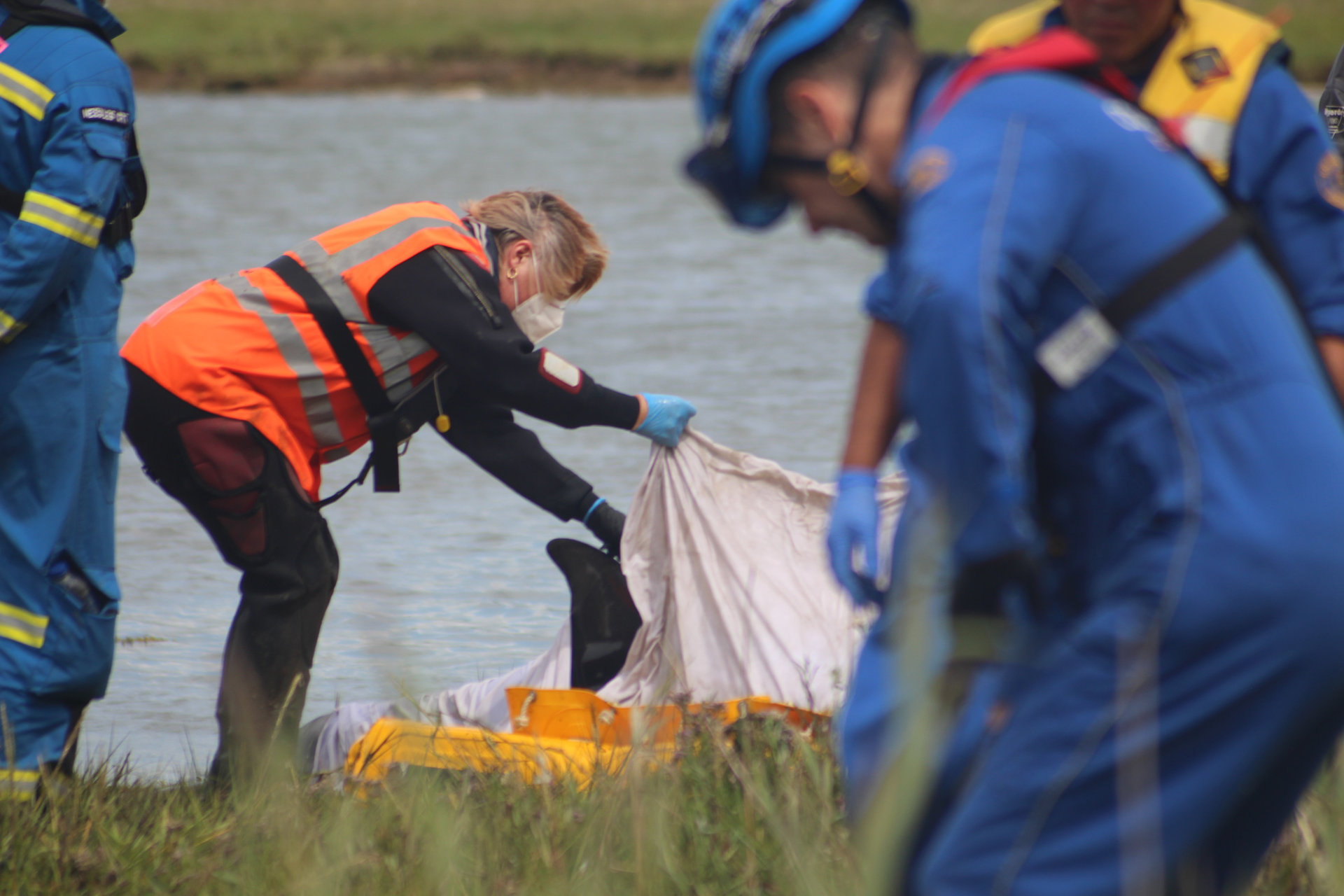 Work is underway to free a dolphin that has got stuck in the mud along the Western Yar, near The Causeway.

British Divers Marine Life Rescue, Yarmouth RNLI and Ventnor Coastguard are on the scene, making sure the dolphin is kept safe. It has been there since around 6.30am today (Sunday).

The Solent Coastguard say the dolphin is alone and with the tide coming in they hope it will soon be free.

The dolphin is being kept hydrated with buckets of water poured over it. Once the tide is high enough, the rescue team will aid the dolphin back to a middle of the river, where it can swim back up the estuary.

Update
Sadly due to injuries the dolphin was later put to sleep.

Support the BDMLR
You can find out more about the BDMLR by visiting their Website – they always welcome donations and support.

Article edit
4.10pm 26th Jul 2020 – Paragraph about people also being rescued from the mud removed as information provided has been reported by those involved as incorrect.