Residents express their anger of lack of public toilets

As well being angry over the reduction in public toilets, some residents also expressed their disbelief that toilets were being closed at 5pm when the beach was still busy. 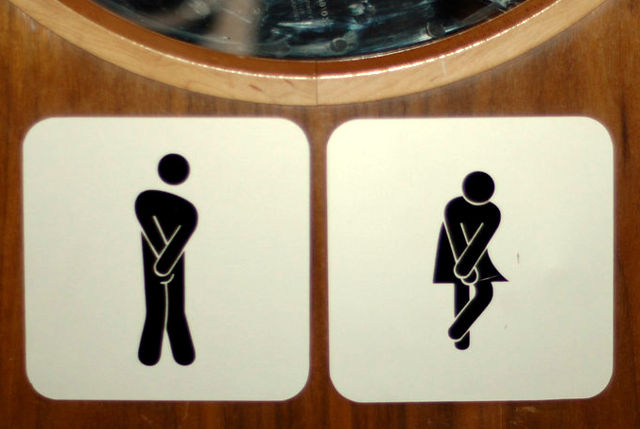 Sandown residents and business owners took to social media
over the bank holiday weekend to express their anger over the lack of public toilets in the popular holiday destination.

On Thursday last week, the Isle of Wight council announced that due to safety concerns, the planned reopening of the public toilets opposite Sandown Pier, would be delayed.

“The site is earmarked for a complete redevelopment under the Isle of Wight Council’s Eastern Bay Regeneration Plan, and whilst the project was being drawn up the toilets were intended to remain open for holiday periods this year.

“But when getting the toilets ready this Easter the council found there had been deterioration of the building over the winter, which means the facility cannot be opened safely.”

1km walk to toilets
As well as there being a reduction of public toilets on the seafront, one person working on the beach said that those using 100+ beach huts would have to walk 1km to use a toilet.

A 1km walk to a public toilet when spending the day on the beach is often impossible if you have children with you, or can’t leave your business unattended.

“We are considering whether it will be possible to provide temporary toilets at peak times.”

Some residents have also pointed out that the possibility of temporary toilets is something that’s been raised before.

“The Council considered portaloos this time last year and the majority of the them voted against the idea. So now a whole year later we are having the same discussion. Beggars belief.”

“We have identified Pier Street as a key part of our plans to revitalise the seafront at Sandown, and we will be publishing plans for a contemporary, low-rise building at Pier Street that will enhance the location, provide a better visitor experience, and respect the conservation area.

“It is disappointing that we will not be able to open the existing toilets this Easter, but I can confirm our intention is still to redevelop the site and reopen a more modern and appropriate feature, including a public convenience facility.”

Early closing of remaining loos
In addition to the reduction in public toilets for residents and visitors, some people took to social media to express their dismay at public toilets being closed at 5pm on a sunny bank holiday, when the beach was still very busy.

Comments have been left on the Sandown Hub and Rejuvenate Sandown Facebook Groups.

Stupid idea of mine I know, but wouldn’t it been a bit more efficient to have checked the toilets say about a couple of months before easter to see if there had been any “deterioration of the building over the winter”?

Vote Up490Vote Down
Colin
More incompetence from the IWC. They are incapable of providing the basic amenities that are expected with hopeless councillors spouting more garbage. The tories on the council who have created this situation should hang their heads in shame. They do the Island a great disservice with their “jam tommorrow” blandishments which are of no use for those wanting to use the toilets now. It isn’t just Sandown… Read more »
Vote Up410Vote Down
Geoff Brodie

Colin. Newport & Carisbrooke Parish Council have taken on all toilets in our area even though the IWC had run them into the ground and then abandoned them. We have plans in hand to dramatically improve the two sets in the town centre. Trouble is it all takes time.

Come to Bembridge! We now have just one sub-specification disabled toilet in the village centre rather than the four or five we would have had if the parish council had not frightened a tenant away from an iconic building who had been prepared to upgrade the loos had he been able to buy the property from the council as the highest bidder.
But that’s another story…

It is another story but it is about time the antics of Bembridge Parish Council were reported here and in other local (or maybe even national) news media. Nothing seems to stop the majority cabal from pursuing “policies” which are seemingly at odds with the expressed wishes of the parishioners in an open poll.

Vote Up8-1Vote Down
alisonjane
How awful is this for a tourist destination? It isn’t just about the toilets though. They have been left for so long with no investment that most of them need refurbishing. Town + Parish Councils have taken many of them on rather than lose them. There were many Islanders + visitors out all over the Easter holiday, the Island was absolutely buzzing with everyone enjoying the terrific… Read more »
Vote Up160Vote Down
richardshanklinite

That So called regeneration chaps name has not been mentioned so nothing will happen I expect until an official BIG NEWS announcement has been made by the relative dept of the council.After all they have to warrant that pay and jobs,so please wait like Shanklin has with the Spa site which needed flattening 5 years ago to give more parking space…still waiting. GOOD LUCK!

The on-going incompetence of this costly Tory administration calls into question the desirability of us continuing with this farce and getting rid of this failing Unitary Authority. Whatever the options may be the current situation serves no one well so change has to come about.