Rider of the year re-signs with Wightlink Warriors 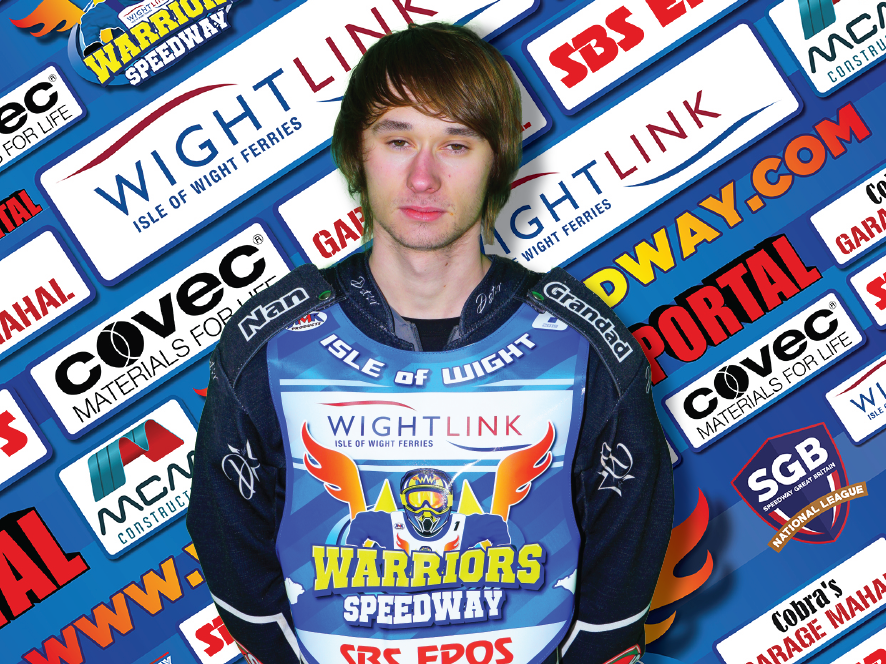 Connor King, crowned the Isle of Wight speedway rider of the year for 2019, will be back at the Smallbrook Stadium for the new season after agreeing terms for a second season on the Island.

King joined the Warriors at the start of last season as a virtual unknown and worked tremendously hard to cement his place in the side. His all out efforts became the talk of the terraces and despite some regular tumbles, ‘Mr.Bounceback’ garnered huge support as he came to terms with the rigours of regular National League action.

An end of season average of 3.67 placed King in an ideal position to resume 2020 in a reserve role alongside fellow East Anglian Macauley Leek with both riders perfectly capable of significant progress.

Warriors’ co-promoter Barry Bishop was full of praise for King as he said,

“Connor made a fantastic contribution to our set up with a mix of on-track determination and off-track ‘cool’. He struck up an instant rapport with team-mates and supporters alike and surprised everyone by walking off with our Rider Of The Year Trophy.

“We just had to find a way to include him in our seven and I know his signing will be loudly applauded by our fans.”

Connor King was clearly thrilled to be back with the Warriors as he said,

“I had a great time on the Island last year. It was tough at times and I had a few crashes, but as my confidence improved so too did my scores. Then to win Rider Of The Year was totally unexpected.

“I’ve had huge support from everyone and riding for the Warriors next season was top of my wish list. I’ve been out at Rye House before Christmas doing some laps and will be fully prepared when the new seasons starts.”