The Winter Series Championship is made up of thirteen trials. To qualify for an award, Adult riders must complete a minimum of eight trials, with twelve rounds to count (in the same class). 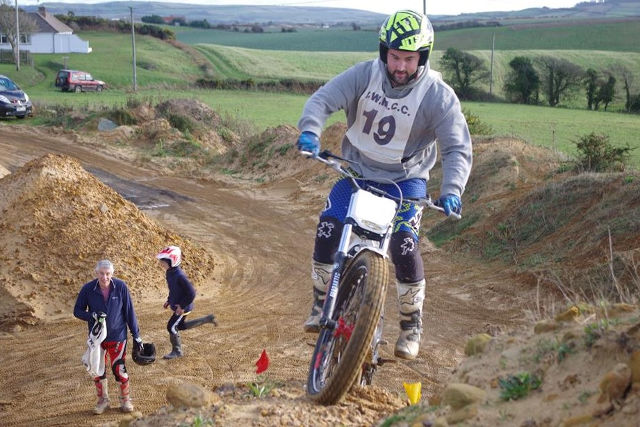 The Isle of Wight Motorcycle Club staged the final round of the 2018 Winter Series Trials Championship on Sunday 9th December at Haslett Sand Pit, Shorwell, courtesy of Mr Glen Draper. The Club would like to thank Glen for welcoming us back to what is a top all weather venue.

Many thanks also to Calvin Wright who managed to set six interesting and tight sections, the Observers and Gill Locke for her camera skills. Very many congratulations to Shaun Harris and Dan Flux for
winning their respective Championships – good effort guys.

The Winter Series Championship is made up of thirteen trials. To qualify for an award, Adult riders must complete a minimum of eight trials, with twelve rounds to count (in the same class). Youth riders
are exempt from the eight trial rule, but can only qualify for an award in the class that they completed the most trials in.

Lonely Expert rider
James Stay found things rather lonely – being the only Expert rider in action this afternoon – despite the lack of competition he posted an excellent score dropping a miserly seventeen marks.

James’s score was the lowest of any rider taking on the tight and twisty Haslett sections.

Mark Coombes took the win completing the trial with the second lowest total of the day, on just twenty-one. Andy Scott-Jackson secured a fine third place. 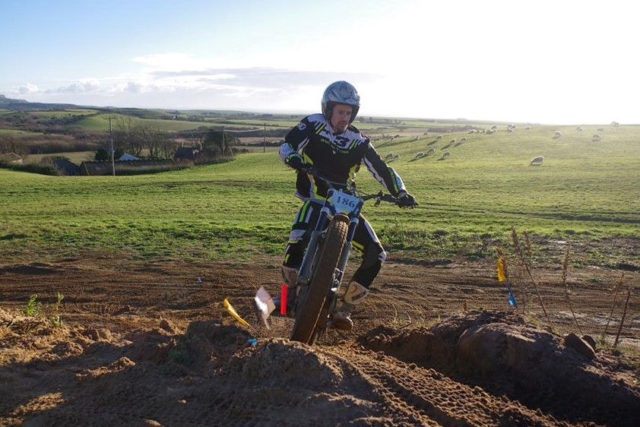 Novice class
There was a similar scenario in the Novice Championship, this time involving Dan Flux (pictured above) and Rob Baker. Rob was trailing Dan by five marks and he put in a spirited performance to finish second today, one place in front of Dan. However the two point gain fell short of what was required to take the title.

These two, friendly rivals, have been very evenly matched all year but Dan just had the edge in the end. Simon Watmough finished in first place today with an impressive total of twenty-seven – excellent riding by all three riders.

Scout Gregory just pipped Ben Brodie, by four, to take the win in the Clubman’s – top effort by both riders.

Geoff Taylor was the only Sportsman rider competing today. Geoff finished with a total of forty-seven which represented a below average score for the day. 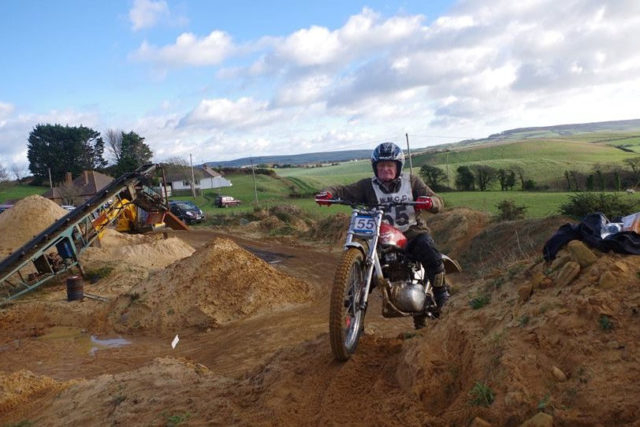 John struggled at times to get the BSA round the twisty sections but never the less claimed maximum points in the British Bike class.

Unfortunately Gary just missed out on an award, falling just one short of the minimum eight trial rule.

Youth riders
The Club would like to welcome young Alfie Gaskin to the world of trials riding. Alfie (Youth Beginner) was taking part in his first ever trial – he completed one lap before retiring from the trial to
make use of the rest of the time as a practise session. We look forward to seeing him back out very soon. 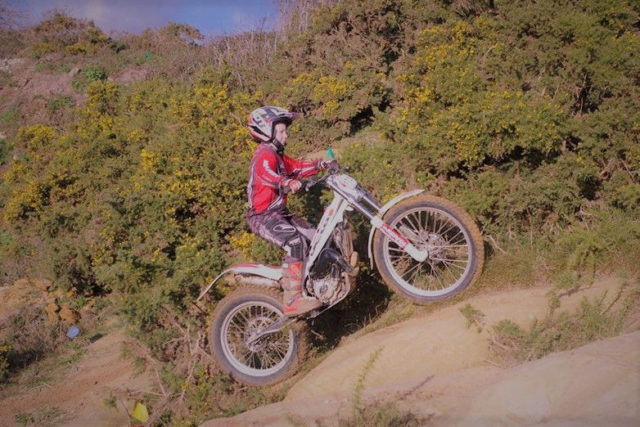 Meanwhile the other Alfie (Haydon) (pictured above) continued to dominate the Youth Novice class with an outstanding effort. He completed the day for a loss of thirty-six, beating all but one of the Adults on the ‘C’ route. Only two marks separated Josh Morris and Dan Locke who finished in second and third
respectively.

Next meet
The Club next meet for the annual Boxing Day Father & Son Cup, 26th December. The usual venue, Shorwell Chalk Pit, courtesy of Ralph Cook. Geoff Taylor and Mark Coombes will be setting the sections.

For those new to the Club the trial is just for fun and is open to all members – not just Father & Son/Daughter pairings. Prizes will be given to the best fancy dressed rider.

Finally on behalf of the Committee I would like to wish everyone associated with the Club a very happy Christmas and all the very best for 2019.