We sent Dom Kureen along to Quay Arts last Friday to see comedian Robin Ince perform his latest show, ‘In and Out’. Find out what he thought about it. 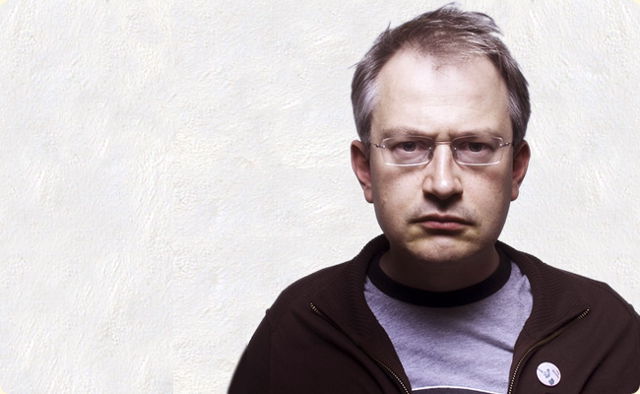 Guest opinion articles do not necessarily reflect the views of the publication.Ed

A near capacity crowd filtered into the Quay Arts’ Anthony Minghella Theatre on Friday night, for an evening of intricate comedy from one of the country’s most respected funny men.

The enduring perception of Robin Ince is often that of Ricky Gervais’ former fall guy, kicked to the curb when Karl Pilkington arrived on the scene.

To subscribe to that theory would be to unfairly dismiss the productive entertainment career that Ince has himself enjoyed over the past quarter of a century or so, a journey he embarked upon long before Gervais began publicly tugging his strings.

‘In and Out’
‘In and Out’ is the latest in a string of contemplative studies of the psyche that the performer has become renowned for in recent years, and provided a welcome addition to the Isle of Wight comedy calendar.

With a large projector screen assisting his material, Ince’s diverse delivery and articulate nature ensured that the show never descended into a glorified lecture on the wonders of the human mind.

Indeed, this was a set so varied that it ranged from sections on internal monologue and why dark thoughts are actually often a sign of a rational person, to the fact that men on trains seem intent on making terrible gags and laughing in the style of ‘Carry On’ legend Sid James.

This was perhaps a good metaphor for the comedian’s career in comparison to the likes of Peter Kay, where the latter has certainly had far greater success, but has on recent tours descended into little more than a (lucrative) caricature of his former self.

A perfectly paced gig
Ending with some music from the film ‘Young at Heart’, Ince wrapped up by stating that he enjoyed the philosophy of one of the movie’s main characters: “Dying in the light, f**k that, I’m going to keep on going.”

It was an evocative note on which to conclude a perfectly paced gig.

: An impeccable balance between hilarious anecdotes and fascinating insights into the subconscious.