Ventnor entertained the high flying Farnbrough, whose revitalised side have been running riot in many games this season 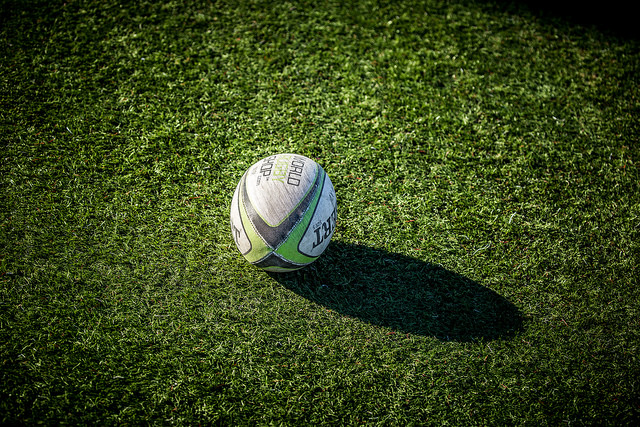 Ventnor 15 – 40 Farnbrough
With a few changes to the side from the previous week, Ventnor entertained the high flying Farnbrough, whose revitalised side have been running riot in many games this season.

A large crowd attended the match with the visitors bringing a coachload and Ventnor hosting an 80s reunion, with over 20 former players meeting to watch the game and reminisce.

Early scores for both teams
If they were there to be entertained, they couldn’t complain as both sides registered early scores. Ventnor’s try coming from Ed Blake intercepting and running the length of the pitch.

Both teams were playing well and as the half continued it was clear that neither was going to yield easily. Both sides had long and numerous phases of ball retention that only ended with scores. Andy Gough was next to get his name on the score sheet, as he tapped and went on a penalty to crash over for his first try.

This platform created another opportunity for Andy Gough to strike with his second try. Unfortunately it was a tricky day off the tee for Ricky Keyes, who couldn’t convert the 3 tries.

Farnbrough outscored Ventnor
Strong defensive displays from Chris Dobbas, Ben Atkins and Simon Blow did well to hold back the large Farnbrough team, but they managed to outscore Ventnor 6 tries to 3.

Team management of Dean Magnurson and Stuart Babington were very happy with the physical display the home team showed. The amassed crowd certainly enjoyed their afternoon.