Rugby: Last match of the year for Ventnor sees them take on Isle of Wight 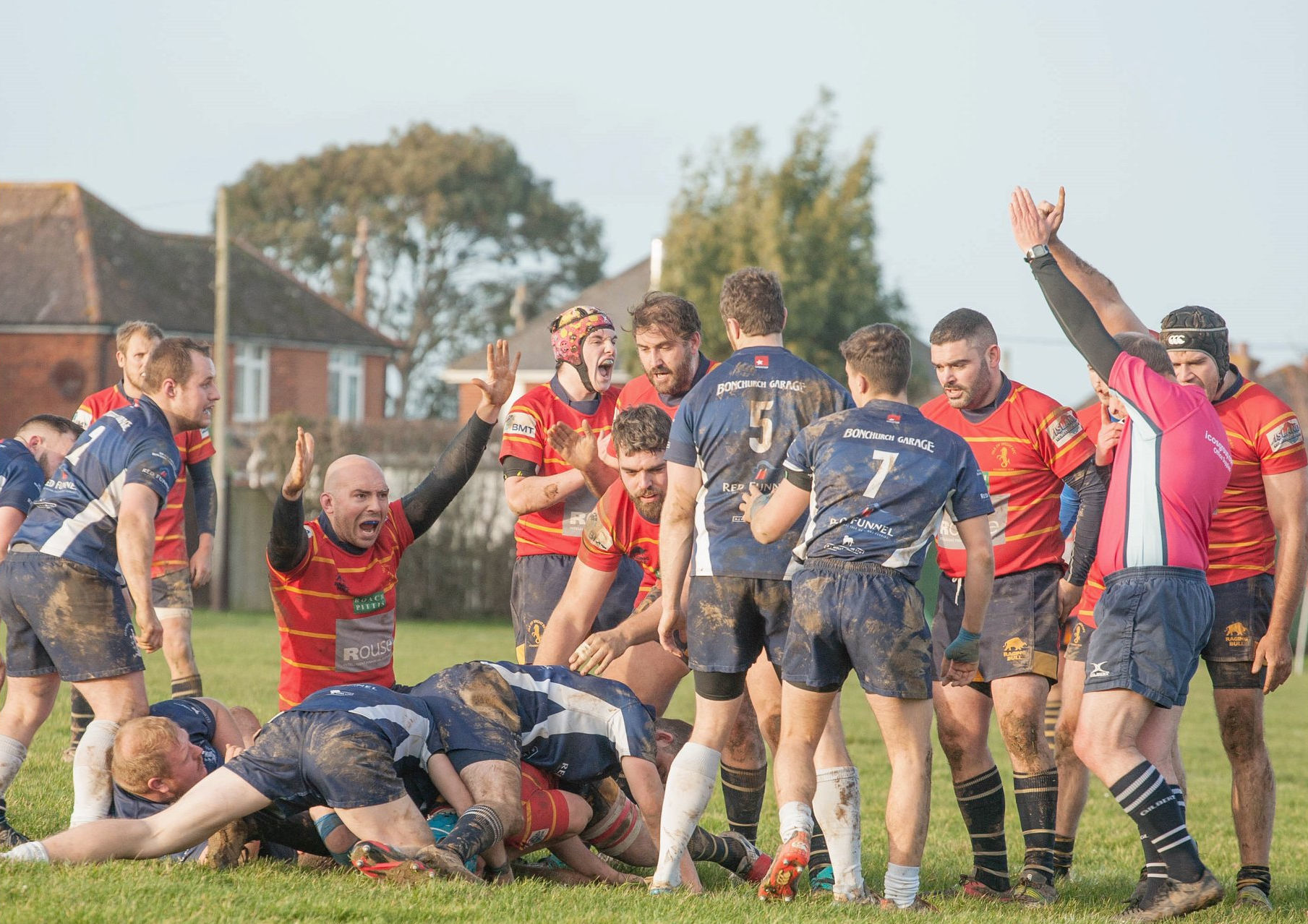 This derby match was scrappy at times but always entertaining for the large and vocal crowd.

Ventnor started strongly with excellent play from their forward pack that gave scrumhalf Louis Malkin plenty of time to choose his pass and get the outstanding Sam Lines and his three quarters going.

Consistent pressure led to the Isle of Wight offending and Ed Blake kicked the penalty to take the lead.

Determined defence
However there now followed a long passage of play where Ventnor hardly touched the ball as the Isle of Wight forwards dominated.

Only determined defence from the Ventnor back-row of Dominic Marsh, Chris Hill and Harry Colson and full-back Justinas Urbonas kept them at bay, but eventually the home side scored a close range try.

Ventnor seemed to get on the wrong side of the referee’s decisions at this point and the Isle of Wight kept up their committed driving to score again.

Under pressure
Ventnor’s set scrum was standing up well with Adam Pratt, skipper Lewis Jones and Ben Savill putting their opponents under real pressure but the lineouts were less successful where the referee seemed oblivious to crooked throws.

Lines was keeping Ventnor in the game with some tactical kicking out of defence – one which almost led to a score after a blistering chase by George Finan. But again Ventnor were penalised and the Isle of Wight came back to score again.

Lane made progress before Jones made a great run out of defence before off-loading to the supporting Jake Babington who scored the final points of the match.

Next match
Ventnor have a few weeks off before their next game, at home against Gosport and Fareham on 11th January.

They need to start 2020 in winning style to get themselves out of a relegation battle.