This sassy duo invite you to their re-launch party on Saturday night where you’ll be able to find out more about Sassy Isle of Wight, Connecting Communities through Film and Creativity 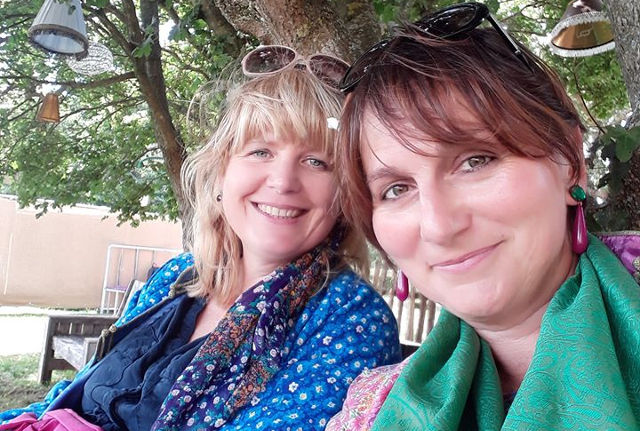 Since 2006, sassy duo Sandy and Lucy have been making short films for the IOW community. From carnivals to childbirth, parenting to Pride, housing to social history,  small businesses to mental health, they have filmed people doing and talking about all manner of things, capturing the essence of projects and giving people a voice.

This year they have re-launched as community interest company, under the name Sassy Isle of Wight, Connecting Communities through Film and Creativity.

“We use film as an accessible way of telling stories and sharing information. Changes in technology and the widespread use of social media means that we can now work in a different way. We want to take people on that journey with us.

“So many more people could be using film effectively and we want to show them how.”

As well as making films, Sassy IOW run creative workshops and events as a means of engaging people in conversation, offering support to isolated individuals and bringing the community together.

“I love my job. Every project is different and I’m constantly on a learning curve. I get to meet so many fantastic people and feel very lucky.”

Ryde Arts project
Over the next few months they will be working with young people on an exciting new project with Ryde Arts, gathering stories of local people and collaborating with a local heater company.

They are also working on a short film to encourage women on the Isle of Wight to take up cervical screening, supported by Communities Against Cancer.

“We have invited people we have filmed in the past and those we are currently working with, as well as friends and other interested members of the public.

“If you have been involved in a Sassy Production over the last 13 years, think you might like to take your first steps into making a film of your own, or are simply interested to know more about this new social enterprise, you are welcome to attend the launch.”

For more information about Sassy Productions, see their Website.