The planter was planned as part of a fundraising event on Go Orange Day, but given lockdown, the school decided to place it at the station to add some cheer 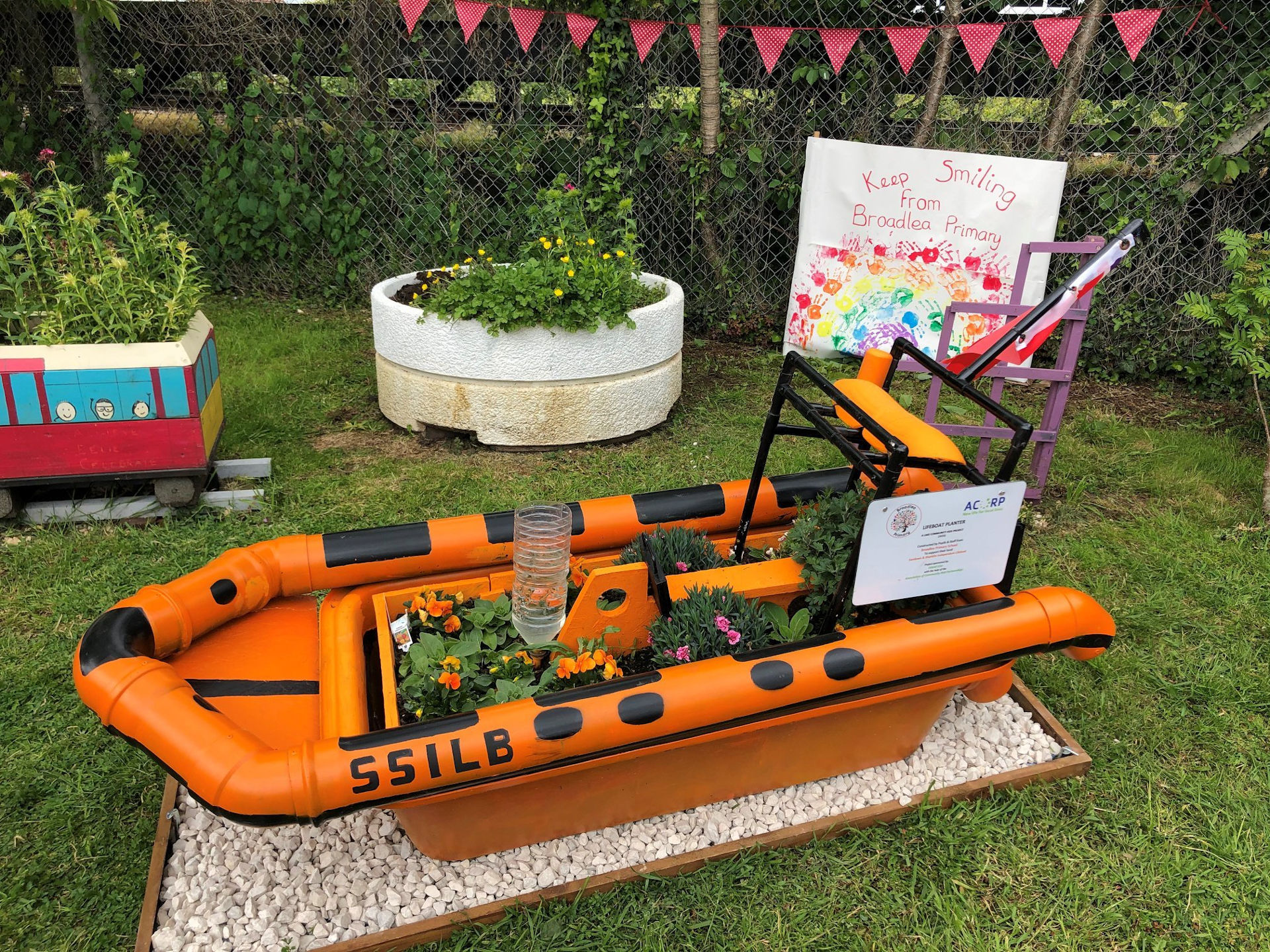 It was planned as part of the annual Go Orange Day fundraising event for Sandown and Shanklin Independent Lifeboat (SSILB) on the Isle of Wight.

SSILB got in touch to express their thanks to the school, who given the Government’s new guidelines, had decided to go ahead and place it at Lake Station to cheer up commuters.

Broadlea: Forever grateful to the lifeboat crew
A message from the school reads,

“We were delighted to be given some funding to do a new project at Lake train station which involves our local community. Picking Sandown and Shanklin independent lifeboat was an easy choice as they are always willing to give us sea survival talks and let us visit their station.

“We had big plans before the lockdown for their Go Orange day and it seemed a shame to not go ahead with those plans. Therefore to put a smile on everyone’s face we have put the lifeboat planter at the station as planned for everyone to see while out on their daily exercise.

“We are forever grateful to the crew at SSILB and we’re thankful to have them still keeping the bay safe through these uncertain times.”

Thanks for support
Mark Birch from the SSILB said special thanks go to Emma Millard for organising this. He added,

“On behalf of everyone here at Sandown and Shanklin Independent Lifeboat, thank you.