The historic 17th century wall was discovered during the £100m sea defence project in Southsea. Read the details within 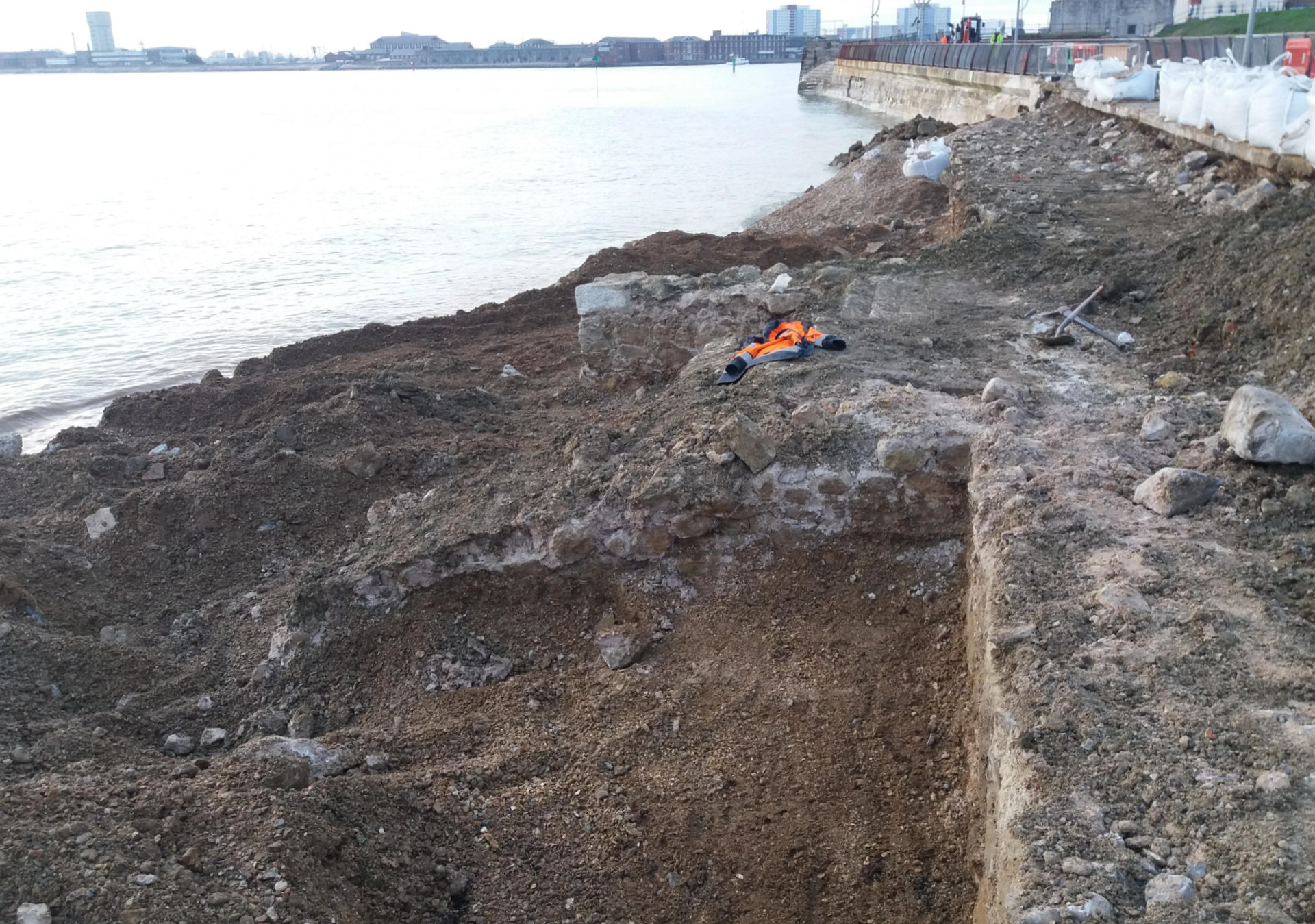 An historic seawall dating back to the 17th century has been unearthed following stormy weather.

The remains of a wall and slipway west of Spur Redoubt at Long Curtain Moat in Southsea were uncovered during a storm swell in December last year.

It comes as work to create new sea defences to protect the city are under way, with the area around Long Curtain Moat being worked on first.

“Mortar samples taken from the structure appear to confirm that it is part of the late 17th century redesign of Portsmouth’s defences.

“The possible slipway may have originally flanked a series of steps to allow access from the defences on to the beach, while the wall’s irregular construction indicates that it was never meant to be seen, unlike the actual defences themselves.”

The Southsea Coastal Scheme team are working with Wessex Archaeology and Historic England to preserve the discovery.

“We had to work quickly, not only to protect the remains during wild weather and tidal conditions, but to provide an alternative to the proposed works.

“After consultation with Historic England and Wessex Archaeology, we came up with the contingency plan to move a section of planned seawall alignment some two to three metres forward in order to preserve the old wall in situ.”

“These 300-year-old remains provide a tangible link to the story of Portsmouth’s historic defences.

“We’re pleased to have worked successfully with the Southsea Coastal Scheme and Wessex Archaeology to ensure that this discovery is preserved for posterity and that the project continues on track. It’s a positive outcome for all.”

Project worth more than £100m
The exposed remains have been surveyed and recorded by Wessex Archaeology.

It will stretch from Old Portsmouth to Eastney and is expected to be completed by 2026.