Upon receiving the 1p bill for council tax for his mother who died earlier this year, David said, “It smacks of Scrooge being in charge. I really hope they get to meet their three spirits soon” 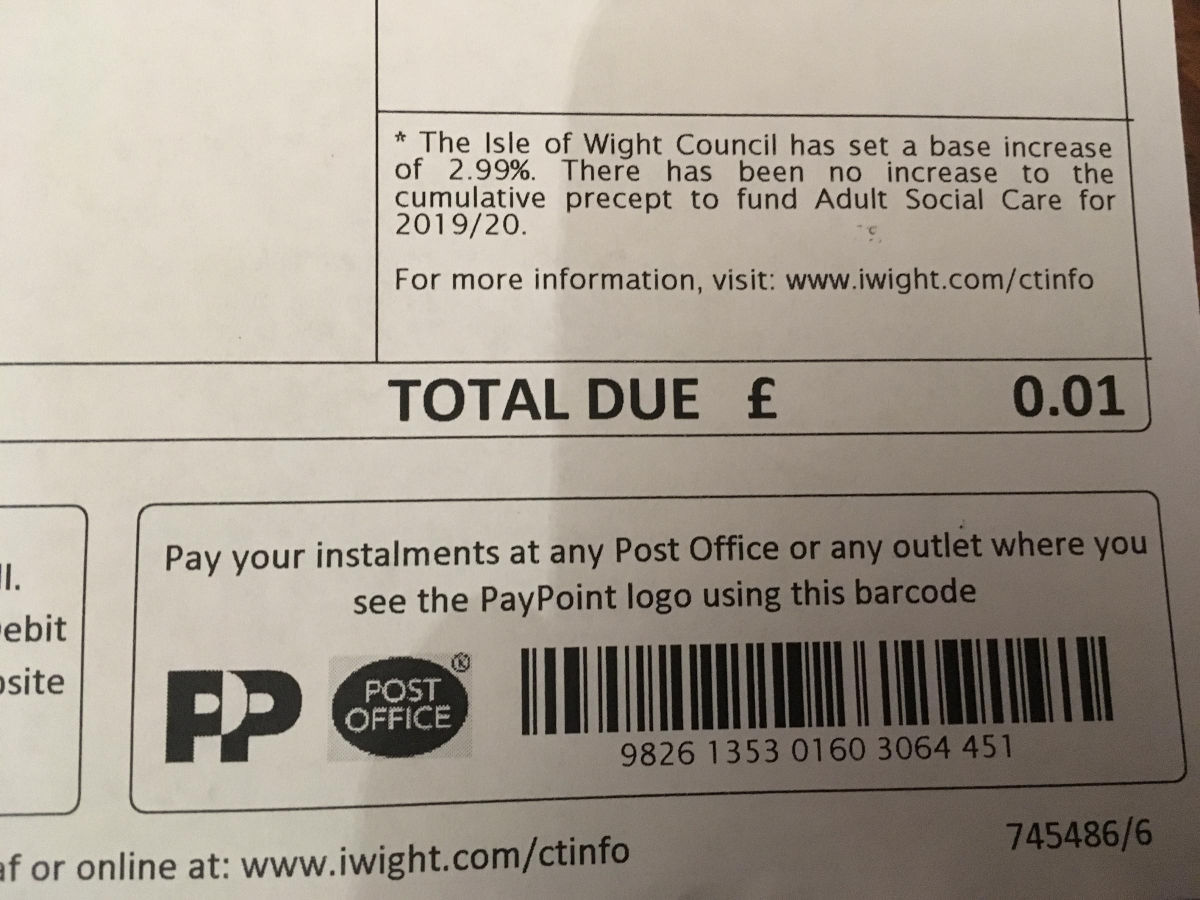 A SON has received a council tax bill from the Isle of Wight Council for his late mother’s house — for 1p.

David Egerton, of Freshwater, said he could not believe it when the bill dropped through his letterbox.

“I thought they couldn’t be serious

“It is laughable, they are literally penny pinching. They have tried to get the last penny out of her.”

“Smacks of Scrooge being in charge”
David’s mother, Molly, died in July, but had not lived in her Newport home since February. She spent her final months in a care home.

“It must have cost them ten times the amount to send the letter to me.

“It smacks of Scrooge being in charge. I really hope they get to meet their three spirits soon.”

“We would like to express our sincere condolences to the family and apologise that this situation has arisen.

“When closing an account, sometimes, due to the calculations, regrettably it can result in small amounts being left owing.

“We would not pursue payment for such a small amount.

“It would be our normal practice for the council tax bill to show that this is for information only, together with an explanation that the council is legally obliged to send a bill even for small amounts.

“It is with regret that this did not happen on this occasion and we are very sorry for any distress this may have caused.”

newest oldest most voted
mikeg
Cant and hypocrisy from the IWC. Council tax is a regressive, not progressive tax, just like VAT. Both taxes should be abolished, together with TV licences. These are all taxes disproportionately on those who have least. Instead, we should have an annual wealth tax on the richest individuals in the country and corporation tax now not levied anywhere near sufficiently on the likes of Amazon. And the… Read more »
Vote Up20-9Vote Down
Simon Cooke

Ha ha, I’d forgotten about that. You’d think the system would be adapted to ensure anything under a certain amount is not sent out

Absolute insult and a disgrace what else can you say

Its called automation, hardly anyone’s fault although I guess in today’s world of jumping on anything we can involving government or council officials I’m not surprised.