Her Majesty sent her “warm good wishes” to the Society as it celebrated 100 years with speeches, presentations and a super cake! 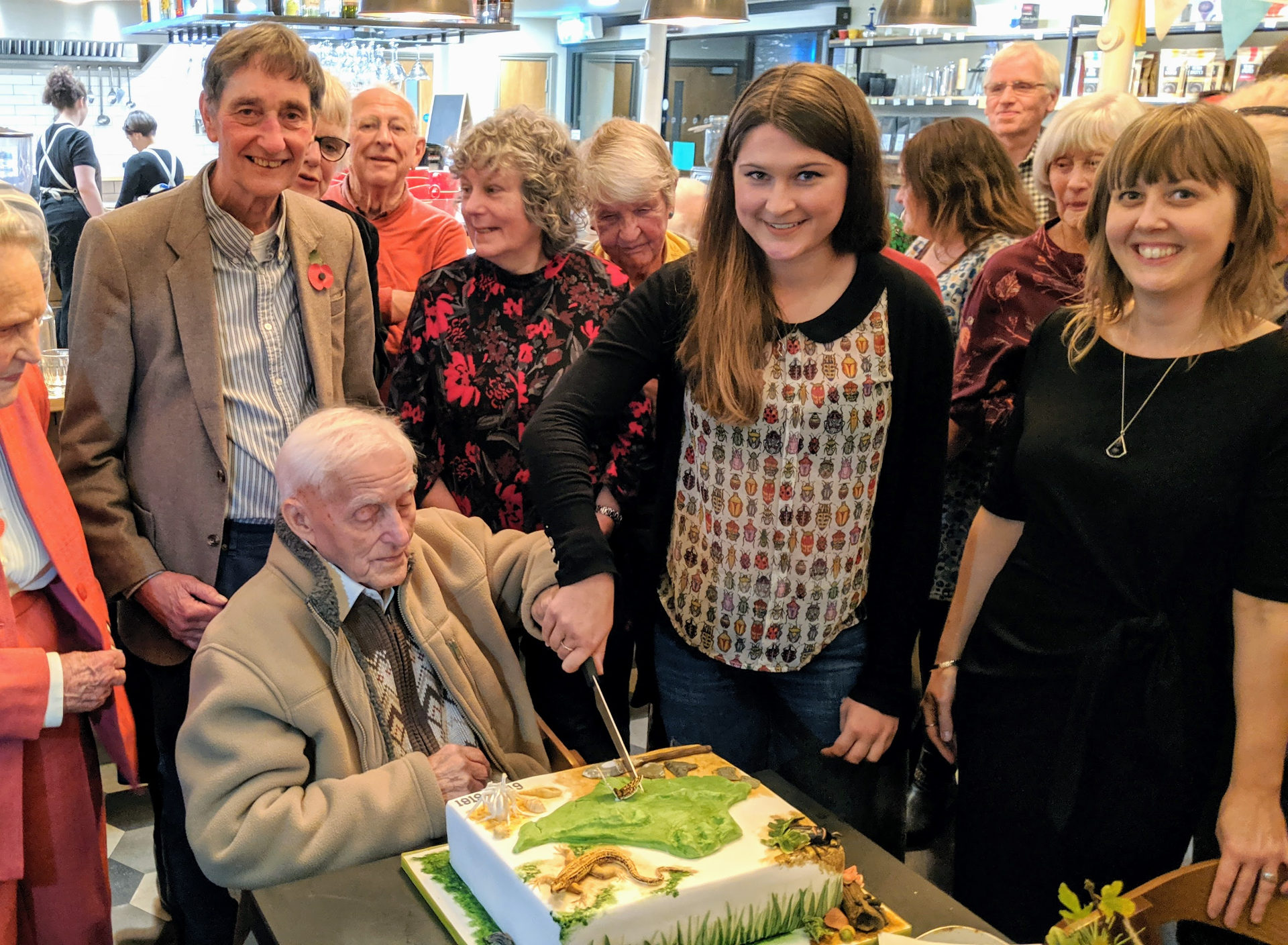 A local society received a letter of good wishes from Buckingham Palace to mark one hundred years of study and conservation of the Island’s natural and archaeological heritage.

Over eighty members and supporters of the Isle of Wight Natural History and Archaeological Society gathered in Caffe Isola, Newport, to celebrate exactly a century since the society was formed in November 1919.

Letter from Her Majesty
A letter from the Queen was read out by President-elect, Matthew Chatfield, in which Her Majesty sent her, “warm good wishes to all those who will be present as you celebrate this most significant milestone”.

Ellie Beaman created a spectacular cake covered in edible archaeological artefacts and natural history for the event, including a Glanville Fritillary butterfly and the tiny Starlet Sea Anemone which takes its name from the Isle of Wight: Nematostella vectensis.

Well-known local naturalist Bill first joined the society in 1955, having been born just two years after the organisation was founded.

Natalie, an experienced bird-ringer, has been a member of the society since she was six years old.

Speech and presentations
With food and drink provided by Caffe Isola, the evening continued with a speech from society president Dr Paul Bingham, presentations about the origins of the Society, some entertaining historical anecdotes, and extracts from local newspapers illustrating life on the Isle of Wight in 1919.

“We were delighted and very proud to receive the royal letter, which made the evening an even more memorable start to what is set to be an exciting year of activity for our centenary.

“The Isle of Wight Natural History and Archaeological Society has been studying and conserving the Island’s wildlife, geology and archaeology for a long time, and we hope to be doing it for at least another hundred years!”

News shared by Matthew on behalf of the Isle of Wight Natural History and Archaeological Society. Ed