Solent WASPI women take their protest to the heart of government

Women born in the 1950s from across south Hampshire and the Isle of Wight will be travelling to a mass demonstration in London on Wednesday next week to protest. 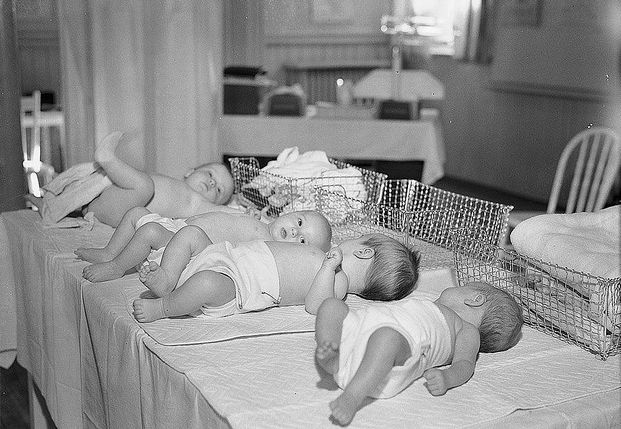 Shelagh Simmons and Carolyne Jacobs, joint co-ordinators of the Solent WASPI group, share this latest news. Around 1,600 woman on the Isle of Wight will be affected by the changes. Ed

Women from across south Hampshire and the Isle of Wight will be travelling to a mass demonstration in London on Wednesday, 8th March, to protest the lack of information given to those born in the 1950s about their pensions.

Women from all over our area are members of the national Women Against State Pension Inequality (WASPI) campaign.

Shelagh Simmons and Carolyne Jacobs, joint co-ordinators of the Solent WASPI group, explain that in 1995, the Government changed the law so that the age at which a woman could receive a state pension would move in line with men to 65.

“Of course we support bringing about equality in pensions between men and women. But the problem is that the government didn’t inform women when they made the change in 1995. Then, in 2011, the coalition government decided that the new pension age of 65 would be brought in two years earlier in 2018 and for both sexes it would rise to 66 in 2020.

“Again many women weren’t informed of this change either. We are still meeting women who genuinely believe they will get their pension at 60. The lack of notice has caused real problems, not allowing women time to plan for their later retirement and pushing many into financial hardship.”

Mass lobby of MPs
Members of the Solent Waspi group will be travelling to London on 8th March to meet with their fellow campaigners opposite the Houses of Parliament and join in the demonstration, which will be followed by a mass lobby of MPs.

The protest organisers say WASPI supporters will be making enough noise to be heard in the Commons Chamber while the Chancellor is delivering his Budget Speech!

Image: torontohistory under CC BY 2.0

The government have spoken, these women & men will just have to wait. The over 60s that’s unemployed after working so hard all their lives, disgusting. Not even got a bus pass until they 65 nowadays

Vote Up00Vote Down
jill
March on!!The issue here for once is well put: usually I notice it appears with an implication that women have sour grapes about bringing their pension in line with men, and this states from the outset that this couldn’t be further from the truth. The issue is the way the real point, the absolute failure to effectively communicate something of such vital consequence, has been dismissed, and… Read more »
Vote Up00Vote Down
Susan

I worked full time all my life thinking that I would get my pension at 60. I was medically retired four years ago with a small pension and because of these changes I will struggle financially until I am 66. I will March with you.