Spinnaker Tower: Is sponsorship by ‘premium brand’ a good idea?

Portsmouth’s Spinnaker Tower was controversial at the time, but it’s widely-accepted as being a good thing for Portsmouth these days. Do you think the idea of putting the name/logo of a ‘premium brand’ is a good idea? Read on … 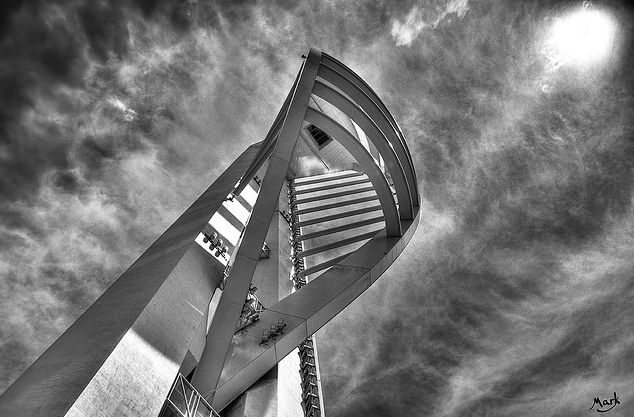 Cash-strapped Portsmouth City Council have come up with a novel idea to raise much-needed funds. But it’s one that might not be to the liking of some.

The BBC report Portsmouth City Council is on the cusp of approving plans to sell the naming rights to the 170m Spinnaker Tower.

The report claims “An un-named “premium brand” has expressed a desire to acquire the rights in time for the America’s Cup World Series sailing event in July.”

“A Sports Sponsorship specialist, ‘Eleven’, was secured and have been working to a deadline of having a Naming Rights partner in place before the 10th anniversary celebrations for the Tower in 2015.”

Image: mark_wheadon under CC BY 2.0