Sport England oppose the proposal saying there is “little evidence is provided demonstrating the need for the new facilities”. 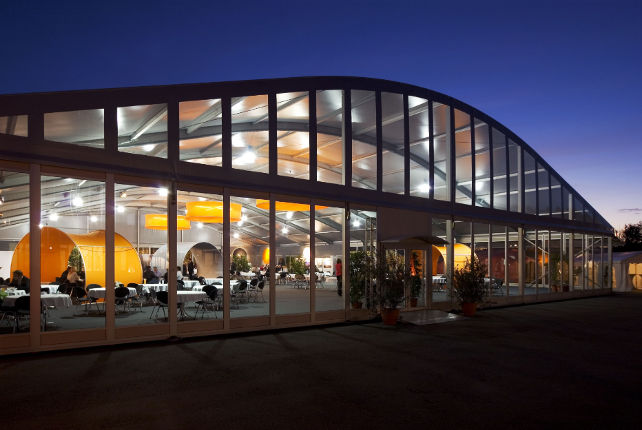 The Smallbrook Ice and Leisure Centre plans to provide a new facility for ice skating, tennis courts, a climbing wall, as well as a trampoline park.

A planning application for the centre has attracted over 200 comments, most in support of the plans. However, Sport England have lodged and objection.

They say that having reviewed the plans and supporting information, they consider that “little evidence is provided demonstrating the need for the new facilities”. Sport England go on to oppose the plan, because they say it will also lead to the loss of land being used as a playing field.

“Sport England objects to the application because it is not considered to accord with any of the exceptions to Sport England’s Playing Fields Policy or with Paragraph 97 of the NPPF.

“Should the local planning authority be minded to grant planning permission for the proposal, contrary to Sport England’s objection then in accordance with The Town and Country Planning (Consultation) (England) Direction 2009, the application should be referred to the Secretary of State, via the National Planning Casework Unit.”

“Sport England considers that there is insufficient evidence to demonstrate that the proposal would be of sufficient benefit to sport as to outweigh the harm caused by the significant loss of playing field at the site.”

The plans – which have received 224 letters of support – can be seen on the Isle of Wight council’s planning Website.

“We are delighted with the overwhelmingly positive support we’ve received, 240 comments submitted via the planning application. The vast majority support and welcome this opportunity and can see what a positive impact it will have on the Island as a year round attraction for residents and visitors alike.

“We do note the objections, however, we’ve had a positive discussion with Sport England this morning (31st July) and they are coming down to the Island to meet with us on 14th August.  We are looking forward to working with them and the Isle of Wight Council in finding a suitable resolution so the project can move forward and gain planning permission.”

They go on to say,

“We would like to thank everyone who has supported the application so far.  We are determined to broaden the sports facilities available to all Islanders.  Islanders deserve the best and we are committed to achieving that.

“We welcome all ideas and comments from our community – our plans are entirely based on input from Island residents and sports bodies.  We have a Frequently Asked Questions section on our web-site which we are up-dating as questions are raised. For more information see the Website.”

Without sport England’s support how will they finance it?

A reminder that it’s now nearly three years since someone decided to contribute to Island degeneration by needlessly shutting down the Island’s ice rink at Ryde Arena.

Are we due an arbitration update from the council yet?