A great day of riding for all classes in the Isle of Wight Motorcycle Club at Haslett Farm. 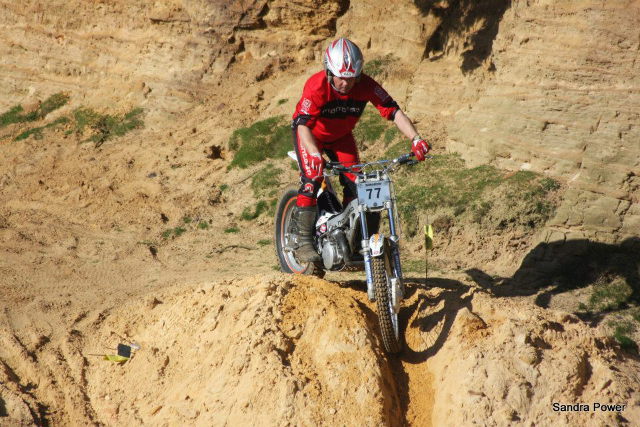 Thanks to Wayne for this latest report from the IOW Motorcycle Club. Ed

Haslett Farm, Shorwell
The club would like to thank Glenn Draper for welcoming us back once again to hold the Spring Cup at Haslett Farm – very much appreciated. Thanks also go to Calvin Wright for setting all four routes that included a good mix of free and tight naddgery sections – great effort Calvin.

Young riders
Youngster Alfie Haydon, although riding unopposed in the Youth Small Wheel class, put in a confident ride and continues to improve every time he rides. Jacob Furnell turned the tables with an excellent performance to finish ahead of friendly rival, Harvey Grieve, in the Youth Beginners.

It was very close in the Youth Expert class, just four points separated Jos Wright and Brendon Penn – It was section four on Brendon’s first lap, where he lost maximum points, that proved to be the difference here – good effort though by both riders.

Adult classes
Ben Wolfe took the win, once again, in the Adult Beginner class. He’s clearly getting to grips with trials riding. The Sportsman class saw Andy Ryall back to winning ways, finishing ahead of Wayne Brodie and Dave Barnes who finished second and third respectively.

Nick Symes managed to finish the trial without dropping a single point (excellent achievement) to win the very close fought Twin Shock class. Simon Newnham finished second with Calvin Wright in third with just one point between them!

Paul Kent took his first win in the Novice class loosing just 16 points – Well done Paul, you should be really pleased with your performance.

Stuart Gummer, who is clearly back on form, kept ahead of his friendly rival Andy Scott Jackson to finish third and fourth with Mark Gray in fifth. There were only five points separating third and fifth places!

Expert, Will West, took the win in his class with the second lowest score of the day – on the hardest route. Will dropped just one point at section two on his first lap. We saw the return of Peter Carr after an absence of numerous years. Peter was also riding Expert, and was going really well until several ‘technical’ issues with his bike forced him to retire.

Next trial
Our next trial (Novice & Expert Cup) will be held on the 1st March, the venue is still to be confirmed so please check the website regularly – it will be updated as soon as we know.