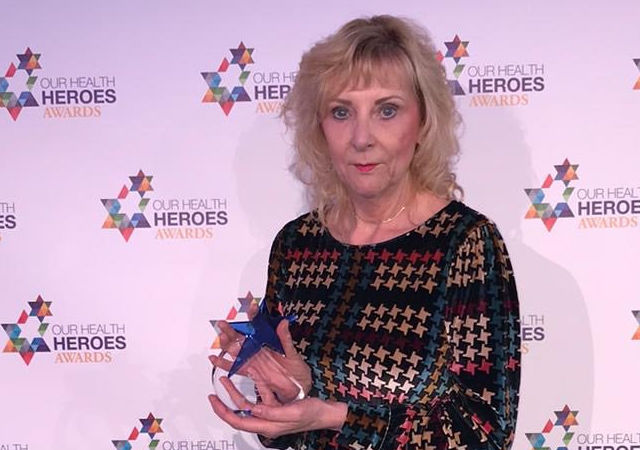 A Mountbatten Nurse, whose job it is to get dying people to the place where they want to spend their last remaining days, has won a gold Outstanding Contribution Award at a national ceremony.

Christina Ginsburg was given a standing ovation as she presented with the ‘Our Health Heroes’ award at the event, organised by NHS Health Education England and held at the Science Museum today (20th November).

The award follows a national public vote which decided who would win the gold, silver or bronze accolade.

Congratulating her on the award, Nigel Hartley Mountbatten CEO, said:

“This is an incredible achievement and very well deserved recognition of the work Christina does to support our Island community when they need it most.

“It is also great recognition of our partnerships with the IW NHS Trust and the IW Clinical Commissioning Group.”