Jade and Debbie from the Isle of Wight are campaigning to raise money to keep the night shelter going past March 2020. See how they found a night on the streets in minus degree weather 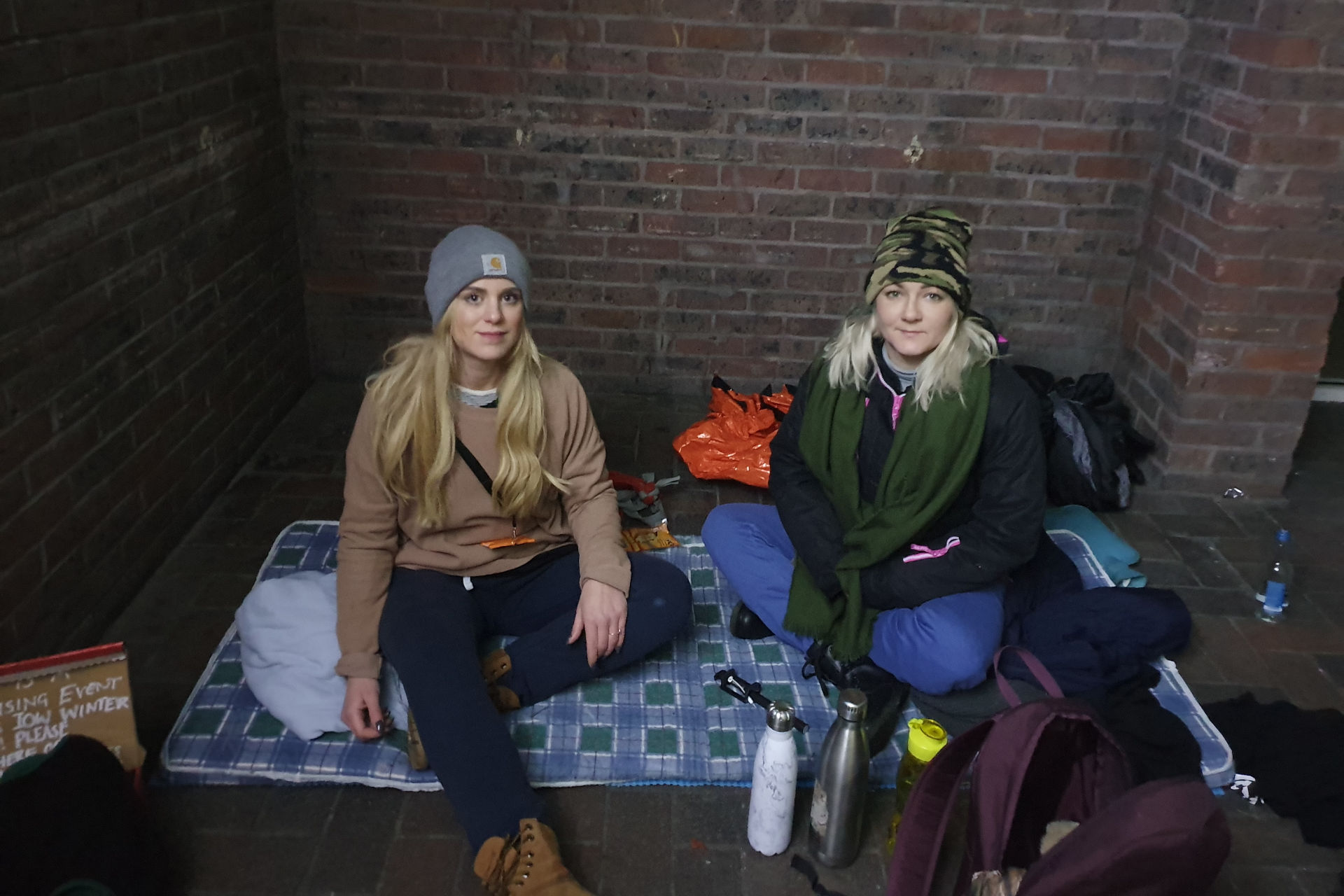 Two Solent University students have spent a night on the streets of Newport in an effort to raise awareness of the struggles the homeless face sleeping rough in winter.

Jade Light, 29, and Debbie Oakes, 30, are studying social work and noticed the high numbers of people sleeping on the streets, both in Southampton and Newport, during their commute.

Volunteers at the night shelter
Initially, they provided them with hot drinks and hand warmers, but as part of their degree requires them to complete voluntary work, they decided they wanted to do more.

Jade, from Cowes, and Debbie, from Newport, became volunteers at an Isle of Wight night shelter, but discovered that the organisation, which provides food, beds and emotional support to those without a home, only has funding to run until March 2020. They are hoping to change that.

“We were really shocked at the amount of homeless people we were seeing. And we wanted to help in any way that we could, so decided to do a sleep out.”

“We knew that we needed to help straight away. And we thought this would highlight the struggles of sleeping on the streets, whilst raising awareness and donations for our local shelter.”

The luxury of planning many homeless don’t have
As temperatures dropped during the week of the planned sleepover, the students had to really think about their preparations for the night.

“We were concerned about safety and toiletry needs, which also made us think about what was out there for homeless women needing to change sanitary pads or even being able to purchase them.

“And we were really worried about the temperature as that dropped horrendously.”

On the streets in minus three degrees
Jade and Debbie were on the streets on Wednesday 4th December from 10pm until 6am, the temperature dropped to -3 centigrade.

“It was terrible. We were so cold throughout the night and trying to find somewhere where we weren’t exposed was difficult. Our biggest low point was as we arrived in Newport at 10pm.The sudden burst of embarrassment that loomed over us both was horrible, we felt ashamed.”

“Our preparation didn’t really pay off, how could it? We didn’t know what to expect and I don’t think any preparation is enough for the streets.”

Show your support
Jade and Debbie have raised almost £800 of their £2000 target, visit their GoFundMe page to find out more or to contribute to their cause.

News shared by Catherine on behalf of Solent University. Ed

It will be far more productive if those who truly care, and their friends, make sure the vote Seely and the Conservative Party out of power on the 12th December.

Henry, you are my homeboy.