A timely reminder from the HMRC about Tax Credits renewals deadline

Tax credit applicants in the Isle of Wight are reminded that they have one month to renew before the 31st July deadline. 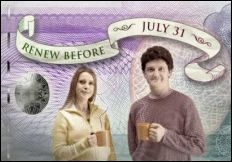 People are asked to respond as soon as possible when they receive their renewal pack from HM Revenue and Customs (HMRC).

Renew or payments will stop
HMRC’s Director of Benefits and Credits, Steve Lamey, said, “You should be renewing your tax credits by now. The sooner you renew, the sooner we can check your payment are right so that you won’t have to pay money back.”

Lamey also stated that if an individual doesn’t claim before 31st July then they payments may stop.

Claimants must let HMRC know of any changes that they haven’t already reported during the year. These might include working hours, childcare costs or pay.

For more information on tax credit renewals check out the HMRC Website.