The Sandown-based software company has pledged £16,000 to fund the squad’s official team uniform for the second games running. 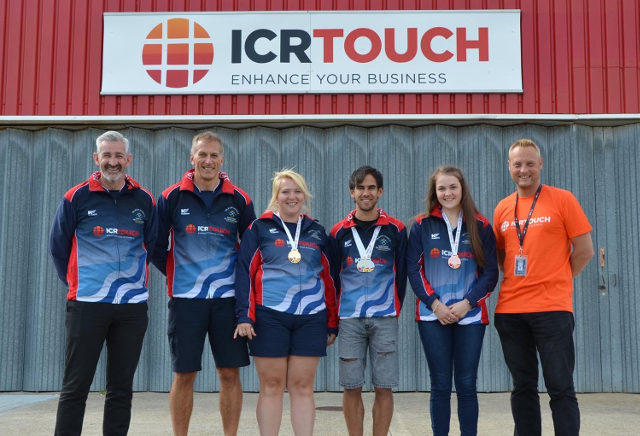 Team Isle of Wight has a secured a new sponsorship deal ahead of the 2019 Natwest International Island Games in Gibraltar.

Sandown-based software company ICRTouch has pledged around £16,000 to fund the squad’s official team uniform for the second games running.

Team Isle of Wight plans to send around 140 competitors to the 18th biennial games, which start in 12 months.

“We’re really excited to be continuing our fantastic relationship with ICRTouch.

“They are a global brand on the Isle of Wight and to have their support as we compete on the international stage makes it a perfect fit.

“We’re exceptionally grateful, as this is money the competitors don’t now have to find themselves, which makes a huge difference.”

New kit being designed
A new uniform incorporating the Isle of Wight flag – similar to the kit worn at the Gotland games in 2017 – is currently being designed.

As part of the deal with ICRTouch, the company is helping to revamp and host the team’s website, which will be launched this summer.

Recce of Spanish island
Martin and vice-chairman, Kevin Winchcombe, travelled to the island on Spain’s south coast on Wednesday to visit sporting venues and attend the international association’s AGM.

News shared by Matt White on behalf of the Island Games Isle of Wight team. Ed