Kicking off on Friday afternoon and running pretty much all day Saturday and Sunday, you can party your socks off in your living room as a whole host of bands, solo acts, DJs and spoken word artists bring some positivity back to C19-World 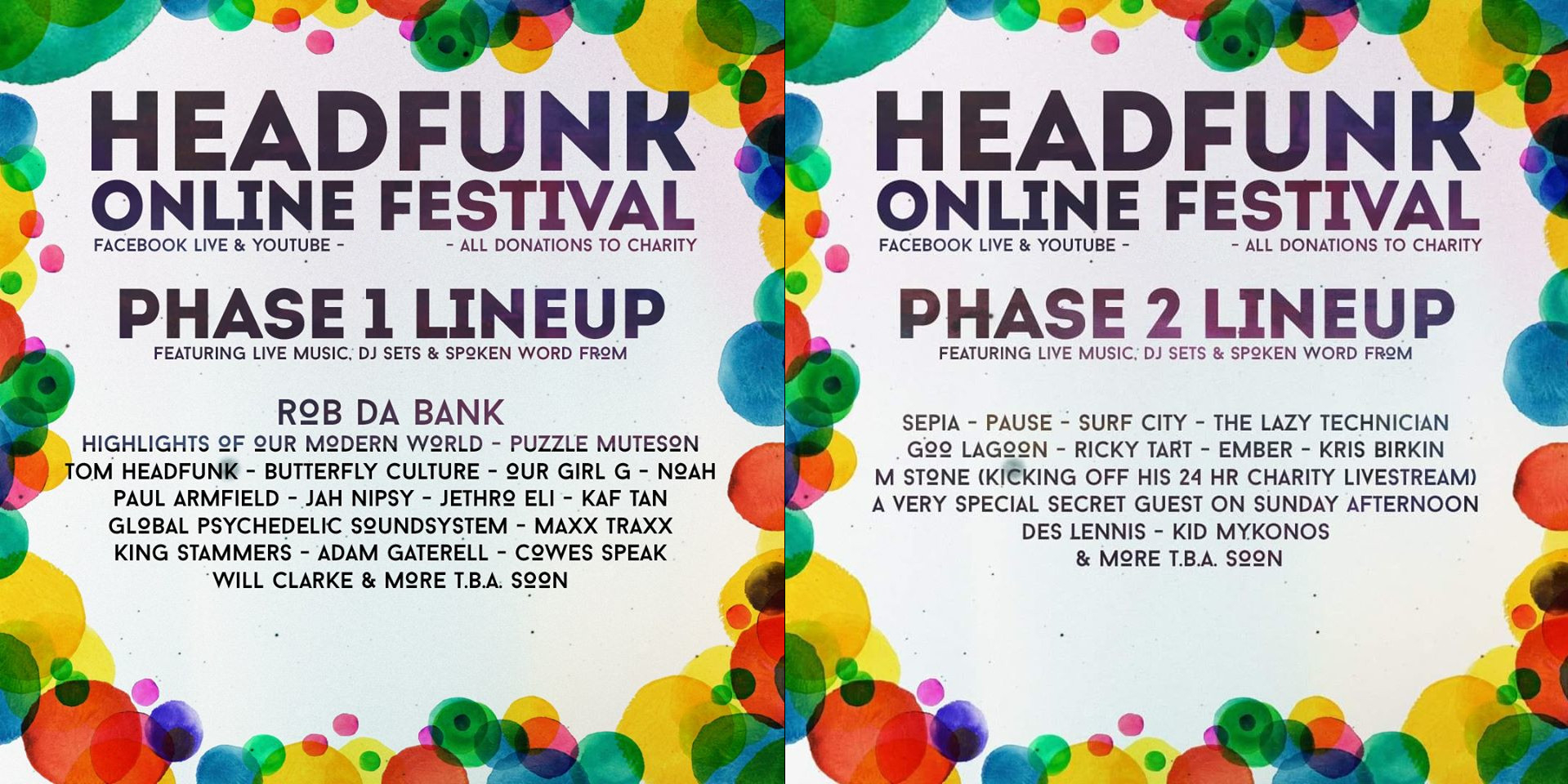 This coming weekend brings with it a chance to enjoy a diverse music festival from the comfort of your lounge, as the Headfunk crew present the Headfunk Online Festival.

Kicking off from around 4.30pm on Friday 24th April and running through to midnight, then 10.30am-midnight on Saturday and Sunday too, you can party your socks off as a whole host of bands, solo acts, DJs and spoken word artists bring some positivity back to the World.

Free, but all donations to charity
Organised by Tim Callagham Martin with “massive help” from Headfunk’s Tom and Nipsy, the online event is totally free, so there is no ticket required.

However, the Headfunk crew will be taking donations and 100 per cent of that money raised will be going to charities working directly with people affected by the pandemic. How good is that!

Confirmed so far
The full programme should be up on the Headfunk Page later this week, but those already confirmed as taking part (from around the World) include:

Join the party
The Headfunk Online Festival will be broadcast live from the Headfunk Facebook page, with highlights added to their YouTube channel.

“Just because we have to physically distance, doesn’t mean that we still can’t party together right?”

Well done to the Headfunk crew for organising and to all the artists for taking part free of charge.

Head over to Headfunk Show Facebook Page to take part from 4.30pm on Friday 24th April.