The UK’s wildlife continues to decline according to latest State of Nature report: Isle of Wight view revealed

The State of Nature Report reveals there has been ‘no let-up in net loss of UK’s nature’. Hampshire and Isle of Wight Wildlife Trust share the Isle of Wight view. 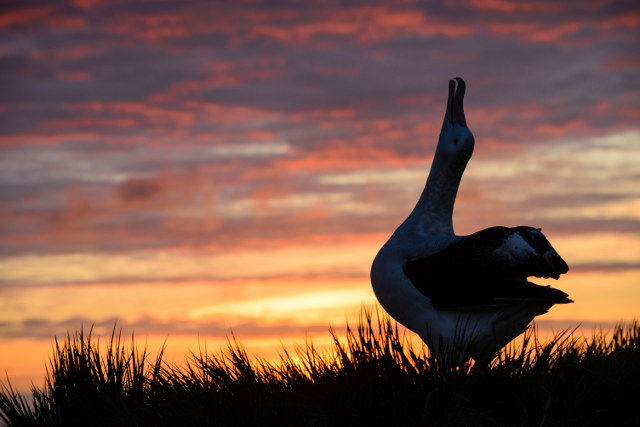 The latest findings show that since rigorous scientific monitoring began in the 1970s there has been a 13% decline in average abundance across wildlife studied and that the declines continue unabated.

Following the State of Nature reports in 2013 and 2016, leading professionals from more than 70 wildlife organisations have joined with government agencies for the first time, to present the clearest picture to date of the status of our species across land and sea.

133 species lost in 500 years
The State of Nature 2019 report also reveals that 41% of UK species studied have declined, 26% have increased and 33% shown little change since 1970, while 133 species assessed have already been lost from our shores since 1500.

Butterflies and moths have been particularly hard hit with numbers of butterflies down by 17% and moths down by 25%.

The numbers of species, such as the High Brown Fritillary and Grayling, that require more specialised habitats have declined by more than three quarters.

Mammals fare badly
The UK’s mammals also fare badly with greater than 26% of species at risk of disappearing altogether.

The Wild Cat and Greater Mouse-eared Bat are among those species teetering on the edge of disappearing. Much is known about the causes of decline and about some of the ways in which we could reduce impacts and help struggling species.

Impacts on nature
The evidence from the last 50 years shows that significant and ongoing changes in the way we manage our land for agriculture, and the ongoing effects of climate change are having the biggest impacts on nature. Pollution is also a major issue.

Whilst emissions of many pollutants have been reduced dramatically in recent decades, pollution continues to have a severe impact on the UK’s sensitive habitats and freshwaters, and new pollutant threats are continuing to emerge

Tann: There’s no time to lose
Commenting on the report, Debbie Tann, CEO at Hampshire and Isle of Wight Wildlife Trust, said:

“Wildlife is in in trouble and there’s no time to lose. This report underlines the fact that we are facing an ecological emergency, with more than half of species facing decline and the evidence pointing to changes speeding up. If we are going to tip the balance in favour of nature’s recovery, we will need many more people on nature’s side, more space for wildlife to thrive and pressures on the environment significantly reduced.

“But we know it can be done and we have seen how nature can bounce back if given the chance. By nurturing and joining up habitats along the Eastern Yar over the past few years, we have created a thriving haven for wildlife, including water voles and red squirrels that face extinction elsewhere. We need more wild spaces everywhere – from window boxes to wide expanses, connected up to form a Nature Recovery Network for our counties.

“We have a plan to create a wilder Wight over the coming years, which we will be sharing at the end of October. We very much hope that local people will help us deliver it.”

Hampshire and Isle of Wight view
Here are a few snapshots of wildlife declines we are continuing to see locally, as well as some positive stories:

9 Comments on "The UK’s wildlife continues to decline according to latest State of Nature report: Isle of Wight view revealed"

For sometime now I have believed the decline in our wildlife can be attributed to the numerous construction developments taking place throughout the Island.

Quite right, Braveheart – Not so much cats & dogs, as the monstrous destruction of wildlife habitats in favour of bricks, mortar, concrete and “infrastructure”. So-called “wildlife corridors” mean diddly squat to wild animals whose habitats have been removed and lost forever.

This Section is a grown-up facility for intelligent comment, temperance, rather than personal insults – it is not Facebook.

27 million birds hows that for a fact. sorry didn’t know you were so sensitive chocco after all we are grown ups, apparently. so grow up and except your wrong.

Vote Up5-6Vote Down
temperance
Mostly cat lovers / owners on here i guess, don’t no about climate deniers more like predatory cat deniers. This is from RSPCB. “They estimate that cats in the UK catch up to 275 million prey items a year, of which 27 million are birds.” We have to have homes, bricks and concrete choccofrolik unless maybe you dwell in a tent. we don’t have to have cats… Read more »
Vote Up6-10Vote Down
temperance