These are the numbers behind the controversial Bembridge property sale

Just over 25% of the Bembridge voting population cast their votes in a parish poll last week over the proposed sale of 5/7 High Street. The Chairman of the Parish council has stated that businesses are ‘not under threat’, only the landlord will change. 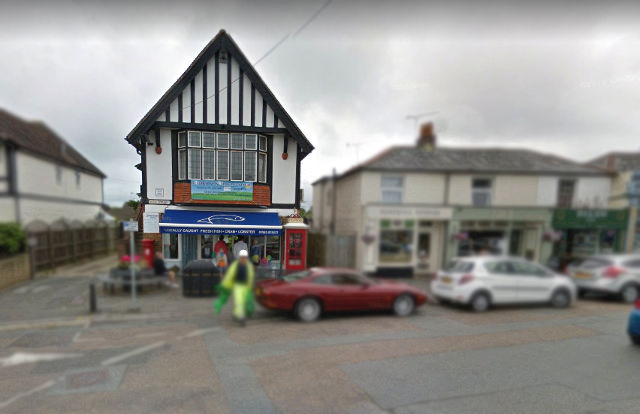 The poll was called by a former BPC councillor and residents were asked “Do you want Bembridge Parish Council to sell 5/7 High Street?”.

The number of votes against the sale of the property was almost three times that of those who favoured it (602 to 231).

Why is it being disposed of?
On 1st May 2018 the Finance and Assets Committee recommended to the Full Council, “the disposal/sale of 5/7 High Street, Bembridge to generate a possible capital receipt of £180,000”.

The income from the sale of the property can only be used for capital purposes which will benefit other Parish Council amenities such as the Village Hall, St Luke’s Churchyard, Steyne Park MUGA and the War Memorial restoration.

Chairman: ‘Businesses are not under threat’
At the Annual Council Meeting held in May 2018, the Chairman of the Parish Council, Keith Fagan, said the building would not be demolished after it was sold.

He stated that businesses are ‘not under threat’, only the landlord will change, and that new leases have been offered to the tenants.

The tenants of 5 and 7 High Street were offered renewal of leases on 15th March 2017. On 28th March 2017 the tenants were offered first rights to additional space, garages, workshop and parking, that would be subject to availability.

Terence Willey & Co has been appointed to draft the new leases of 5 and 7 High Street. Christopher Scott’s has conducted landlord’s inspections on 18th April 2018 to assist the lease renewal process. Meetings between the Tenants, Parish Council and Surveyors are being arranged to progress the renewal process, prior to disposal.

The land and public right of way to the left of the building could be retained to ensure covenants placed on the facade being retained, the ground floor always being used for A, B1 and D1 use classes and excluding national/multi-national retailers from purchasing or leasing the building to minimise the impact upon existing High Street Businesses.

The covenants will impact the potential capital receipt which, must be accepted to deliver the protection the required as it has been demonstrated that the community want to see the façade kept as the property is thought to be an Iconic building.

However, they will be excluded from item 6 of the agenda regarding ‘Property 5/7 High Street’.

A spokesperson for the Parish Council said this was, for “having due regard to the confidential nature of the business to be transacted”.

The Chairman of the Parish Council declined to comment until the item had been discussed at the Extraordinary meeting.

I thought one of the tenants is on record very recently saying that a new lease has NOT been forthcoming ?

“The number of votes against the sale of the property was almost three times that of those who favoured it (602 to 231).”

Assuming the poll was properly arranged and advertised, the Parish Council surely cannot proceed with the sale, otherwise what is the point of the poll? Brexit is going ahead an a far smaller percentage majority!

Wellsm…you obviously don’t know how parish council works in reality. Sandown residents voted against building the Broadway centre …so what did the council do..it built the Broadway centre. These votes are to ‘inform’ the council but are not binding. But you can always kick them out at the next election if the go against the vote

Aren’t many Bembridge residents reasonably well off? Why not form a CIC (Community Interest Company) to raise funds and take over the property. This would more or less keep it as an asset for the community of Bembrige and give the parish council some money.

Vote Up12-5Vote Down
Highway to Hell

Vote Up50Vote Down
long in the tooth
The tenants carefully word statements. There have been initial meetings with the tenant, who made the statement, or technically it would be more correct to say the meetings were with his wife who is the tenant. He knows full well that the lease is in the process of being drawn up. The lease will be forthcoming but as yet the tenant has not received a copy because… Read more »
Vote Up9-5Vote Down
Sally Perry

Ah yes, I had the ballot reference in the wrong place. Now amended, thanks for the heads-up.