TK Maxx ‘Give Up Clothes for Good’ Campaign Returns Next Month

Clear out your wardrobes in April and take your unwanted clothes and homeware to TK Maxx for their ‘Give Up Clothes For Good’ campaign. Each bag could raise £30 for Cancer Research UK. Enter prize draw when you drop off between 1-30 April and you could win £1,000

You know that when we can, we love to help promote a good fundraising effort. 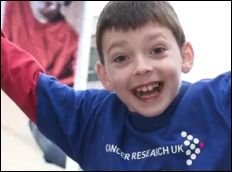 Here’s one that we all can get involved with and someone might be lucky enough to win £1,000 in the process.

Between 1-30th April, TK Maxx will be running its biennial “Give up Clothes for Good” clothes-collection campaign, in partnership with Cancer Research UK.

Each bag could raise £30
The company has been involved since 2004 and, they tell us, have raised over £10million for the charity, £6million of which has gone into research beating childhood cancers.

Throughout April, you’re encouraged to bag up your unwanted clothes, accessories and homeware and drop them off at TK Maxx in Newport (opposite the bus station).

They say that each bag could raise £30 for Cancer Research UK and you’ll be entered into a prize draw with a £1,000 prize.

A definately worthwhile cause! I reckon everyone has been affected by cancer somehow, whether friend and family, and its good to see a BIG name getting behind a campaign like this! Well done TK Maxx!!