Tornado in Cowes? ‘Yes, I think there was,’ says reader who woke up to find a boat in their garden 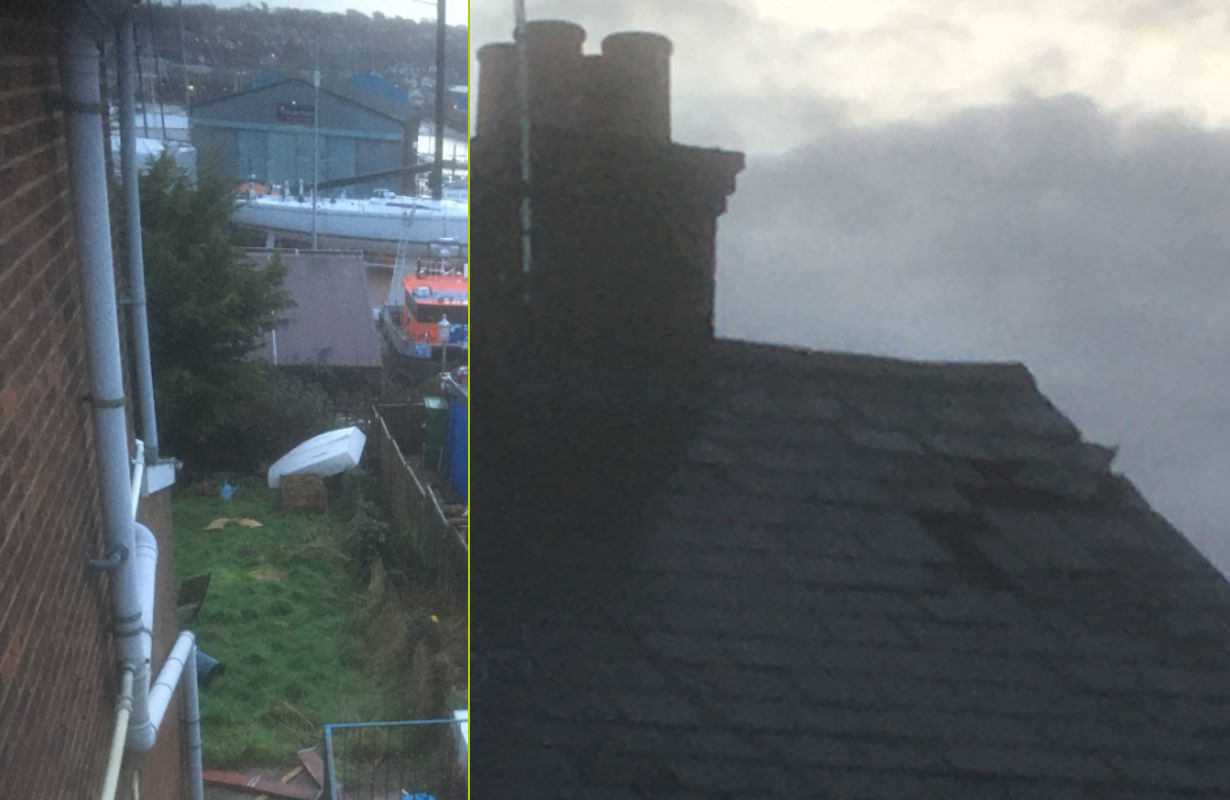 An OnTheWight reader in Arctic Road, Cowes responded to our earlier article in which we asked whether there might have been a small tornado passing the Island last night.

“Was there a tornado on the Island last night? Yes! I think there was.

“I was woken around 4-4.30 by wind like I’ve never heard before – literally like a jet engine hovering over house.

“The whole house was rattling and shaking. Very scary. Then it just stopped and went completely quiet.

“Woke up this morning and there was a boat in my garden!”

The reader went on to report that the house three down from him got hit by lightning, and the flats two up from him look like they were struck too. “Roof slates everywhere,” he says.

Might have been “Straight line winds”
The Isle of Wight Met Service have since added to and updated to their post which reads:

“This is a very difficult one to figure out. There is a chance that the winds were more widespread than it would have originally seemed, this would mean that instead of a tornado, we had something called ‘Straight line winds’ which often run along and in front of a squall line, although without investigations it is impossible to know for sure. We will know more later today.”

Keep an eye on their Facebook Page to see any updates.