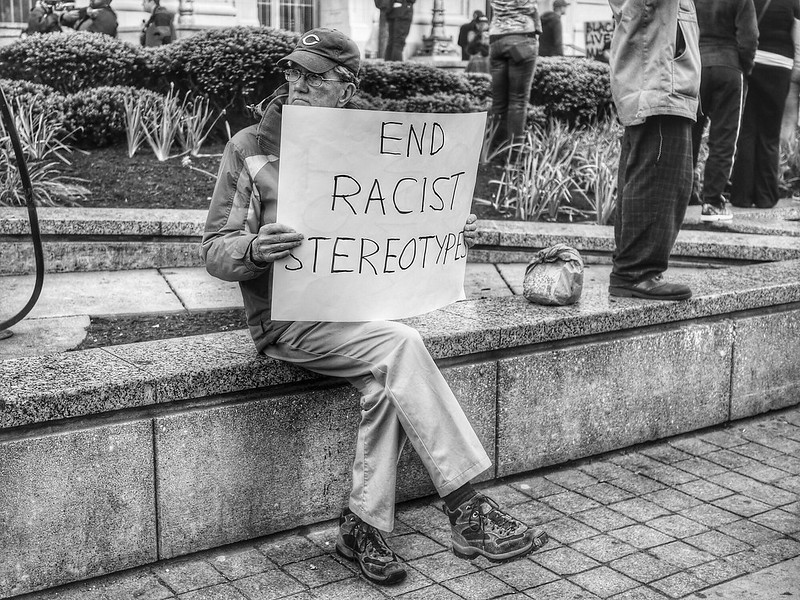 Three planned peaceful, non-violent protests have now merged into one on the Isle of Wight this week to stand in solidarity with the Black Lives Matter (BLM) movement, following the murder of George Floyd by a police officer in Minnesota last week.

Where and when
The peaceful non violent protest takes place on Thursday, 4th June, at Church Litten Park in Newport (from midday).

Those planning to take part are asked to maintain social distancing, wear masks, gloves and use hand sanitiser.

Find out more
A Facebook Page with further details has been set up, where you can find regular updates.

Those interested in supporting the BLM movement may find this list of resources useful. Thanks to Ventnor Exchange for sharing the link.

Fundraiser
Organisers of the BLM protest on the Isle of Wight have launched a fundraising campaign on Go Fund Me.

We are raising money for the “Justice for Floyd George” fund, a combined fundraiser for 8 organisations fighting for racial justice and equality: the Black Visions Collective, Reclaim the Block, the Black Lives Matter Global Network, the ACLU, Campaign Zero, the Movement for Black Lives, the Emergency Release Fund and the Community Justice Exchange.

newest oldest most voted
Angela Hewitt
It should be noted that the World Health Organisation organised an international analysis of dozens of studies on distancing. It concluded that at one-metre distance left people at three per cent risk of contagion, but that the risk roughly halved at two metres. So there is a risk even at 2 metres. 3 people in every 200 will contract the virus even if social distancing at 2… Read more »
Vote Up14-4Vote Down
Stuart George

Obviously you need to be in contact with someone who has the virus to have any possibility of catching it. Estimates are that 1 in 400 people have it, so the risk is actually not 3 in 200 at 2 metres, but 3 in 80000, in other words negligible.

For anyone planning to go along, sensibly these have now been merged into just the one on Thursday. (Picked up from the linked Facebook page).

Thanks for the heads up Geoff – article amended and update issued

Clap for carers last week.
Have a jolly in town this week and risk (mowever minimal the risk) spreading the virus, still further.
How disrespectful of our carers.
We do have more serious issues within out own shores.

To be honest i’m just not that bothered.

Vote Up10-16Vote Down
fedupbritain
I think that it is abundantly clear that the West is fundamentally racist. Malaria kills (mostly in Africa) over 400,000 each year. Corona has accounted for 350,000 deaths so far, yet the global wheels of economics have been directed in finding a cure/vaccine most probably because it has affected white lives. malaria victims, despite adding up to millions and millions more, are broadly ignored for their colour.
Vote Up17-32Vote Down
chartman

Chalk and cheese… Malaria won’t wipe out the whole planet. Aid for malaria is proprtionate, if not adequate.

Chartman, your response is exactly the inbuilt racism I am talking about. Malaria is killing millions, and can be eliminated, according to The Lancet, if The (white) West chooses to. Corona is a variant of flu, while nasty and lethal, it has yet to demonstrate itself (or coming close to) as a planet killer. But, hey, white lives matter MORE

Historically malaria has killed more humans than any other cause. CV19 has a mortality rate of 1-2%. At ongoing population rates of growth this 2% will be replaced almost immediately. The lack of symptoms is the main factor in CV19 being so infectious. Before anti-biotics the death rates we are now seeing was accepted as being the old normal.

The planet will not be wiped out until the sun runs out of hydrogen fuel.

C19 will not wipe out all human life (as demonstrated by our PM Dom and his deputy Boris.)

The seriously significant malaria threat was increased by both climate damage and easy underpriced travel, and has presumably recently decreased slightly because of C19 travel restrictions.

Didn’t the Bill and Melinda Gates Foundation release millions of genetically modified mosquito in brazil a few years back, in an effort to fight malaria

Vote Up130Vote Down
realisticworld
Every nation, race, religion, gender etc… disrespects the other..we are inherently tribal so it will never change!!! As for GF..he had just committed a crime, was under the influence of a drug that inhibits breathing and a convicted violent criminal.. Granted he didnt deserve to die but all this protest is just hypocrisy and an excuse loot or attack those who disagree with their views. Which clearly… Read more »
Vote Up7-5Vote Down
ukdave

Fair enough, but the social situation in the US is very, very different from that in the UK. Protesters should remember that if they intend to arbitrarily criticise “the police”.