With the Isle of Wight council elections less than a year away, OnTheWight asked leaders of all the political groups for their “view on how things have been since the last election and your hopes for the next 11 months”. Here’s what UKIP’s Daryll Pitcher had to say.

Read and contribute to the 32 readers' comments ↓ 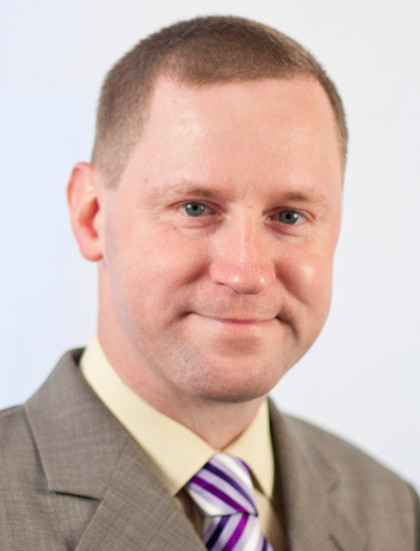 With the Isle of Wight council elections less than a year away, OnTheWight asked leaders of all the political groups within the council for their “view on how things have been since the last election and your hopes for the next 11 months”.

The fifth to respond to our invitation to take part in this series was UKIP group leader, Daryll Pitcher. Ed

These past three years on the council have been a real eye opener. Believe me when I say that as an outsider looking in you think you will be able to change easier than you actually can. It is a lot more difficult and a lot slower than simply clicking your fingers and changing the world overnight.

In the first full council meeting I said to the then Leader that UKIP would “Support where we can and oppose where we must”. I think this was fair reflection of what the island needed and I still stand by the statement. There are however two serious problems facing the council for the next year.

First there is the budget where the position is woeful, and secondly there is the fact that the council has no overall control. The Independent Group stated (and still state) that they are open, fair and willing to work cross party. They have had problems delivering on this pledge.

It is difficult to be ‘open and fair’ when things are against you and I understand this but I think more could and should have been done. Sadly I think it is now too late to rescue much from this council (politically) and we will have to wait until the next elections.

For next years elections I believe the party that offers the most positive message about the future of the island will do the best. We need a plan to solve the long term economic problems of the council. For me that revolves around business opportunities and job creation. Education and transport are key. We must listen to the people and deliver what they want. Without solid finances we cannot deliver anything.

We need to think big if we are to survive but we must also keep our unique status. I do not want us to become part of Hampshire and I am against the devolution deals currently on offer. I would prefer to stand alone and demand and Island Deal.

We need to ask for powers over transport, investment, housing, development, social services, care and health. We all have to stand proud as islanders, and for that to happen the next council needs to stand with us all.

I couldn’t find anything of any substance in there.

It was a particularly bland read.

“We must listen to the people and deliver what they want.”

That is a very naive statement. It is essential that government delivers what people need.

What we want and need are often very different!

No Iain. An open invitation to fascism would be to promote policy that penalised those who of a different ethnic origin or nationality. Ring any bells?

Vote Up00Vote Down
Cicero
Despite the view of politicians, the electorate is not stupid, especially if it believes that it has been lied to and loses trust in the incumbent PM. Each time it senses that the political pendulum is swinging too far to the left or the right, it corrects that swing with its vote, often in a landslide defeat for the party in power at the time as happened… Read more »
Vote Up00Vote Down
DaveIOW

I want a state pension higher than my current wage and I want it to become payable when I reach 50 and to rise by RPI + 5% every year.

Is it fascism not to deliver what I want?

Or is your statement utter, unremitting nonsense?

As we see, and as all politicians should know, different people want different things once basic human needs have been met, and we aren’t even managing to do that yet.

Vote Up00Vote Down
nbelfitt
“business opportunities and job creation. Education and transport are key.” So basically everything? Look people I know when it comes to UKIP its going to tough for them not to create controversy. The way there party operates is sly, divises and controversial. But this piece is plain of all of that to the extent I don’t even know what they stand for as a council party (and… Read more »
Vote Up00Vote Down
Cicero

(Nick) “The way there party operates is sly, divises and controversial.”

Ooops! is Nick being a tadge hypocritical giving the electorate’s proven view of LibDems?

Fess up Nick- will LibDems join an Island Centre/Centre Left party or not?

No. At least I would be against it and I sure others would.

Until other parties begin to put individuals civil liberties at the centre of there politics I can’t see any unions.

Cirerio what do the left offer that is any more appealing then the right?

In my view there both none appealing.

Vote Up00Vote Down
nbelfitt
I just want to add. You always talk about the Lib dems in coalition about broken promises. And yes I won’t defend they made mistakes. And got punished. But that does not mean we should just all give in when something fails. We have to learn from it. A lot of the work we are doing right now is because we are learning and changing to be… Read more »
Vote Up00Vote Down
Cicero

(Nick) The Orange Book (ed. David Laws) drove LibDems to the centre-right position and some say led to the involvement in the ill-fated Coalition contract with the Tories (negotiated by erm- David Laws!)

Or is ownership of property still one of the underlying tenets of liberalism?

(Independent 18 Julu 2015} “At every Lib Dem conference since 2006, the party has passed Orange Book-style motions: on tax, Europe, Trident, nuclear power. Lib Dem activists are more centrist than they are given credit for.”

Vote Up00Vote Down
Nitonia
The Lib Dems would be wise to think before accusing anyone of being sly and divisive! No fan of UKIP am I but my vote will never again go to the Lib Dems. I voted for them in 2010 in opposition to the Conservatives so am rather put out that they then jumped into bed with Cameron. This was in my view the most despicable betrayal of… Read more »
Vote Up00Vote Down
nbelfitt

More liberal policies were done in the coalition then 60 years before. I didn’t agree with everything the coalition did. But I still believe it was the right thing to do. The work we did to get mental health finally put at the forefront of health care very important.

Vote Up00Vote Down
billy builder
Nitonia, I would suggest that the LibDems were neither sly or divisive in so far as the did what they said they would do,they went into coalition. If they were only ever going to coalition with the Labour party, then in essence they would have been part of labour. The LibDems then and now are a party of the centre left, but due to a voting system… Read more »
Vote Up00Vote Down
Cicero

Natch I am biased, but I would like to go on record in full support of Daryll and Graham. Times is hard at the council and I feel that they have both done a good job and represented their wards well

A scarecrow would have represented their ward better.

I live in Ventnor East.

I disagree about Mr Perks’ level of performance.

He is about as much use as an ashtray on a motorcycle.

When he stands down in May, I’ll be delighted. He’s an embarrassment to Ventnor.

To be fair both of these councillors have concentrated on local issues rather than spewing forth the racist propaganda of their national party leaders.

Vote Up00Vote Down
Caconym
Perhaps they should split off from UKIP then? UKIP is overtly xenophobic, a fact highlighted by their latest “Breaking Point” poster. When even fellow Brexit campaigners like Gove find it repulsive, you they have gone too far. They may be excellent local councillors, but while they belong to UKIP it is not unreasonable to believe that they subscribe to the same extreme views as their leadership. If… Read more »
Vote Up00Vote Down
Nitonia

Don’t think you needed to use the term xenophobic though although it is correct. You might well have used the term “Racist” which the poster you refer to certainly was.

No, I think xenophobic is a more accurate term than racist.

A racist dislikes anyone who is of a different race, irrespective of whether they are of the same nationality, or not.

A xenophobic fears foreigners, irrespective of their race.

I consider the EDL, BNP and UKIP to be essentially the same people, some are just a little better turned-out than others.

Oh sorry as this piece isn’t from an ‘Independent’ Labour or Liberal Councillor it has to be ‘rubbish’ or ‘bland’ or ‘irrelevant’
What a biased lot you really are.
Perhaps you armchair warriors ought to put yourselves forward at the next local elections

UKIP – Forward to the Past!

Vote Up00Vote Down
Caconym
Indeed. The Brexiters want to move forward to a past that never actually existed. The last time that Britain had the kind of influence that the Brexiters harp on about was when Victoria sat on the throne. But that greatness was bought by the elites on the backs of the poor masses. This is a false revolution where modern day elites are conning ordinary people into believing… Read more »
Vote Up00Vote Down
Rod Manley
What is the issue with Turkey? It has nothing to do with immigration to Britain, the traditional partnership has been with Germany. The reason why the French news agency has announced Turkey’s ascension negotiations is the foreign policy of the EU, the United states and Britain. Cameron is deceiving the people over Turkey joining the club. Turkey has problems on every border. It has a problem with… Read more »
Vote Up00Vote Down
Cicero

The issue with Turkey is that the US/NATO wants to re-install missiles pointing at Russia and/or China on Turkish territory as well as AN/TPY-2 Early Warning Systems (EWS for the US of course, not Europe itself just as in the Cold War.)