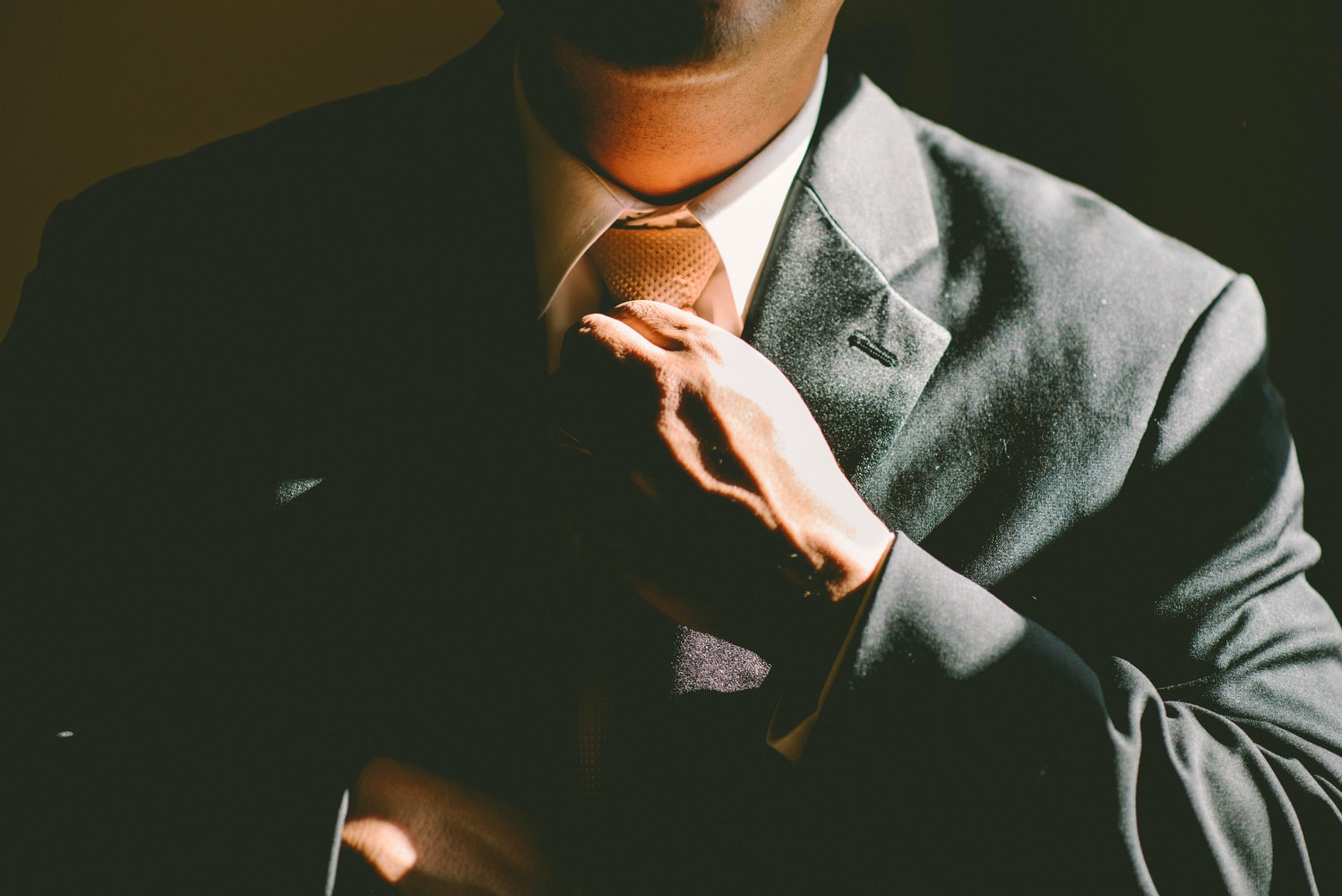 It’s the last day of Ofsted and the details of the lessons the inspectors would be sitting in on is listed on the staff room notice board. Marion’s name is the first on the sheet. It all kicks off at 9.15 with class 3W. Panic. She needs the hall for her drama lesson but it’s booked out for PE.

‘If it’s Ofsted, you have the priority,’ says Jenny adding ‘I’ll help you to clear the mats out of the way.’

Together they drag the big mats into the PE store.

Marion stands in the hall in silence. Her previous Ofsted experience three years earlier had been a disaster, when she’d been reduced to a jabbering wreck. She grits her teeth.

‘Not this time,’ she says to herself. ‘You can do better and you will. 3W are a good class. Your favourite and they love drama. Don’t screw it up.’

An hour later the two Ofsted inspectors are waiting for the lesson to begin. Their pens are poised, the blank pages of note books are ready to be filled. Their blank faces always present on school visits.

Marion leads in a large class of seven year olds and sits them down on the floor in a big circle.

‘I need four volunteers,’ she says clearly and confidently, though her brain and stomach are in a whirl.

All the children’s hands shoot up. The Ofsted inspectors begin to fill the blank pages.

Two girls and two boys and are chosen and asked to lie down together in the middle of the circle. Marion then draws a large outline on the floor round them with a stick of chalk. The volunteers return to their places. A child’s hand is raised.

‘Miss why have you drawn on the floor?’

‘Good question Sorrel. I want you to imagine this is a giant’s footprint.’

She then asks the children to stand around the outline and choose an imaginary country where the footprint has been made. La-la land is the name chosen.

Marion then asks the children one by one to form a still image around the footprint, imagining they live in La-la land and have woken up to find the footprint in their village. The children respond well and hold their frozen position perfectly.

‘Now relax for a second and be ready to add a comment about the footprint, as if you were a villager, when I tap you on the shoulder. If you can’t think what to say, just hold your position and remain silent. Take up your frozen position again now.’

Marion taps the first child on the shoulder who says quietly

‘Hope he doesn’t tread on my house.’

‘Not now,’ she tells herself. ‘Got to focus.’ She’s been expecting comments about crushed houses. It’s called Sod’s Law. The giant lesson was on the long term plan for today. So no choice but to teach it today or Ofsted would be asking awkward questions. She recovers to invite another child to comment

‘Thank you Billy’ she says.

Oops Marion. Another stumble. Think before you speak.

Fortunately the children are enthusiastic and drama is their favourite time of the week.

‘What do you think the giant is thinking right now?’ she says clearly.

It goes quiet. Marion steps into the void.

‘Close your eyes and hear what is going through the giant’s mind.

She then speaks as the giant.

She asks them to open their eyes and poses another question as herself.

‘What do you think of the giant now?’

‘And scared too,’ says Becky.

There are more voices and most of the class want to speak. However, many of the class struggle with written work and now they’re involved in the drama Marion wants to harness this motivation into a new task.

‘The villagers decide to send messages to the giant. Work with a partner. Use the large sheets of paper and the marker pens in the room to write down a message between you. Remember to write big clear letters so the giant can read them easily.’

Some messages are written quickly, others take more time. Some need the help of teacher or teaching assistant, but all complete the task.

Marion looks round the room at the displayed notices and contrasts the scene with the struggle she sometimes encounters in getting all children to be enthusiastic about writing.

The lesson concludes with a whole class still image of the day when the giant visits the village for the first time. On the way out of the hall one of the Ofsted inspectors looks up from her notebook and gives Marion a smile.

She can’t get the image of the giant’s foot crushing her house out of her mind and all the way home it spooks her. Eventually the tall chimney and red chimney pot of her home came into view.

‘Hello old friend,’ she whispers to herself.

‘Won’t get any feedback for a while. But they seemed to like it.’

‘Half term. Time to forget all about school.’

‘If only it would stop raining.’

‘I made something special for tea.’

Laid out on the table are home-made scones, a pot of clotted cream and a jar of strawberry jam. But the biggest surprise of all is the presence of Marion’s Dad, Edward, sitting at the table dressed in his best jacket and trousers. Edward is recovering from a heart attack and sleeps most of the time on a put-me-up bed in the lounge. But now he’s cracking jokes.

Marion kisses him on the cheek and he gives her a hug.

A bottle of prosecco is opened. Scones are scoffed and laughter fills the house.

The family haven’t been so relaxed for weeks. They all collapse in the lounge with full bellies and snooze in front of the TV watching old fashioned sitcoms. But four episodes of ‘Only Fools and Horses’ are perhaps one too many Del Boy dodgy deals.

Without saying anything Edward rises to his feet, takes the remote control away from Doris and presses the off button.

But Edward wants to change the mood.

‘The night is yet but young,’ he says sitting down on the piano stool and lifting the piano lid.

He begins tinkling the ivories like the pro he is. No sheet music is needed for this man who played in the local pub for over twenty years.

‘When I’m sixty four’ is one of his favourite numbers. After playing it through once he nods his head in the direction of Doris and Marion who need no second invitation to rise to their feet and sing out the words.

‘When I get old and losing my hair many years from now, will you still be sending me a valentine, birthday greetings, bottle of wine? If I’ve been out ’til quarter to three, will you lock the door? Will you still need me will you still feed me when I’m sixty four. Every summer we will rent a cottage on the Isle of Wight.’

He stops playing abruptly and looks at them both saying, ‘And that’s what we did on this beautiful island in this paradise place.’

‘Don’t be so gloomy we’ll overcome whatever happens. Look at your Dad. He hasn’t played the piano for months and see what a star he is tonight.’

There’s a knock on the door.

‘Who can that be at this time of night ?’ says Marion.

She stands by the front door without opening it and says

She opens the door immediately and lets him in. He’s shivering and looks as white as a sheet.

‘Come into the lounge,’ she says.

‘Sorry it’s so late, but I didn’t know where else to go,’ says Harry, still standing by the door.

‘The lounge is warm. Let’s go in there.’

‘There was a terrible cracking sound outside the house. I got my torch and went outside. It took me a while to see it but there it was staring me in the face all the time…a huge zig zag crack on the back wall going from bottom to top.’

Doris looks at him, lost for words.

‘I don’t know if it’s safe for me to go in there again tonight.’

‘Come on in Harry. You can stay with us. We always have the bed made up in the spare room in case of guests and you’ll be our guest for tonight and longer if you need it.’

Harry gratefully accepts her offer and as he’s still shivering sleeps in his clothes all night.

The next morning Harry is still suffering from shock, but rushes out of the front door as soon as he sees a man in a smart suit in his garden. He runs across the road.

‘Then I’m sorry to say you’re in trouble.’

The suit man takes a card from his wallet.

He looks at the smart leather briefcase in the man’s hand and begins to cry.

‘No, you’ve done enough. What’s done is done and can’t be changed by clever words.’

Harry lifted up his hands to his ears

‘I’m not listening,’ he says as tears stream down his face.

Suit man stares at him, not knowing what to do next.

Great read and great to be able to picture the area. Looking forward to the next instalment.

Lovely to read the start of a story based on the island. I must have been deeply engrossed as I was surprised to see sunshine, rather than a storm, when I lifted my head from the screen!

Such a perfect family scene and then…. Yep, still wanting to read on.

An excellent read – so gripping with great characters and plot – Really looking forward to Part 3.

Good read. Looking forward to part 3
Great idea to publish in this format.