Libraries join the list for strike action by public sector workers protesting against changes to their pension.

There’ll be a rally in St Thomas’ Square in Newport next Wednesday (30th November) at 11.30am supporting the strike action taken by 100s of public sector workers over changes to pensions. 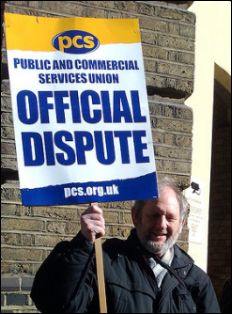 It was announced this morning that as well as many schools, all Isle of Wight Council libraries will also be closed next Wednesday due to the strike action.

These are Newport, Ryde, Sandown, Cowes, Freshwater and Ventnor as well as the mobile library.

If you’re a parent of a school-age child, don’t forget to check whether their school will be affected by the planned strike action.

Some schools have already stated that they will remain open, whilst others have made the decision to close or partially close.

Full details are available on the spreadsheet below which is being constantly updated.

Click on the tabs at the bottom to see primary, secondary, special or other schools.

Other areas affected
In addition to schools, other areas of public service will also be affected.

As we pointed out earlier in the week, the Cowes Floating Bridge will be suspended on 30 November with a passenger launch available for passengers and cyclists. If you’re driving, you’ll have to pop down to Newport and work your way back up either east of west of the Medina.

All children centres open as normal on 30 November and Medina Leisure Centre will be closed.

We’re told that frontline services for Isle of Wight Fire & Rescue Service will be unaffected.

21 Comments on "Update on Strike Action: All Libraries Closed"

Will the Tourist Information Centres be closed as well? Oh, hang on… the council already beat the unions to that one!

Presumably those libraries now run by v0olunteers (e.g. Bembridge) will not be closed as they are not IoW employees or union members.

Puzzled, an interesting observation. If we had trained volunteers at our borders, then the irresponsible PCSU would be thwarted. No pension contributions either. I suggest you commend the idea to Messrs Clegg & Cameron as soon as possible.

Vote Up00Vote Down
RTUC
ALL OUT FOR NOVEMBER 30th !!! RTUC calls on all workers and people to support the strike on November 30th. Pensions are part of the struggle for the ALTERNATIVE and against austerity.What kind of pensions do we want? A decent standard in old age for all? Decent pensions are a right in modern civilised society. Pensions should be fully funded out of the added value and as… Read more »
Vote Up00Vote Down
Don Smith
Disruption, disruption for many, and for what? Nothing will change – These union leaders will not suffer. Cameron will not budge, and the majority of these middle class, not very poor, voted this lot in. Pity those arriving and departing by air; what a selfish lot you all are. One day strikes are just a complete waste of time and the only people to suffer are those… Read more »
Vote Up00Vote Down
john
Just what do these people expect to achieve? The public have no sympathy for them. The Union bosses will still get their fat Â£200K salaries, company cars and subsidised housing. Just like capitalist bosses really?? They are just cannon fodder for Unions waging ideological war. Without public sector workers there would be no Unions so its in the Union bosses interest to get their members up in… Read more »
Vote Up00Vote Down
no name
They expect to achieve the right to claim the pension that they have been promised. Any changes to pensions should happen only for those at least 10 years away from retirement, and the changes should be phased in over 10 years. In a car, if you turn the corner gently, no-one feels a thing. If you wrench the steering wheel hard, everyone gets thrown about and very… Read more »
Vote Up00Vote Down
PAUL MULLERY
Anyone who puts faith in government promises is a fool. For over 30 years I paid money into the teachers’ pension scheme with the promise that when I retired I would receive an index linked pension based on Retail Price Index. In the 3 years I have been retired I have had my pension increase frozen and switched to the Consumer Price Index. So much for government… Read more »
Vote Up00Vote Down
john

I don’t remember any public sector workers demonstrating when Gordon Brown stole Â£Billions from private sector pension funds to finance his waste waste and waste. He destroyed the pensions of millions of people.

Vote Up00Vote Down
adrian nicholas
Hope to see lots of public support to show dicontent at this tory Govt. and council. If defending hard won workers rights by unified 1 day token collective protest against a proxy party intent on the wholesale transference of wealth from the less well off and lower paid is somehow ‘selfish’ -and at a time when employment rights and union membership is under attack from same elite… Read more »
Vote Up00Vote Down
john

So it.s not about pensions then?? As I said earlier, the public sector workers are being duped by their unions for political ends.

People on here have got to understand that someone has got to pay for these pensions and it shouldn’t be the productive and wealth creating private sector. It should be the public sector who pays for their pensions, not other people. Don is absolutely right that it won’t achieve anything, in fact it might make the situation worse, but the general public will still be disrupted.

You are obviously not reading the earlier posts: Our pensions are already fully funded, paid for by our own contributions and our employers exactly the same way as all company pensions. You as a taxpayer do not (nor need too) pay anything towards my pension.

Vote Up00Vote Down
PAUL MULLERY
Council Worker, the answers to our posts by the likes of Daniel and the other ignorants who post on here reveal a few hard truths. 1) When the general public take a service from the private sector they understand it will cost them money. Conversley, when taking a service from the public sector they expect it to be free. 2) Anyone providing a service in the private… Read more »
Vote Up00Vote Down
john

Council worker – Who pays the employers contribution????? We the tax payer do!!! – Don’t public sector workers see that? Thats why we dont support you.

The destruction continues and market forces will overide national need even in times of supposed hardship.

Vote Up00Vote Down
Mr J
Hardly a heart warming story. But sadly in the real world, too often those working in the public sector do not offer a good service. To pick just two, over decades, Island schools have had poor outcomes, letting generations of children down. Who was sacked? Who paid the price for this failure? None of you. I believe that too often, we also suffer bad hospital and GP… Read more »
Vote Up00Vote Down
No.5
High taxes…..really. We demand more and more services and to pay less and less tax…time for Britain to take up the Scandanavian model and pay the right money for the right service. We get into trouble because we have been spoilt by numerous governments leading us to believe we can have everything for very little…we pay very little tax in relation to the services we demand because… Read more »
Vote Up00Vote Down
daniel clarke

Britain already has some of the highest taxes in the developed world. We need tax cuts, not higher taxes and this will have to mean a smaller public sector. Taxes is just another way of taking people’s hard earned money away from them.

We in the public service neither expect nor receive “high wages”, twice the holidays?! I think we do get an extra day for the Queen’s birthday, how is that twice what everyone else gets?

In return for the low wages, all we ask is for the pension we were promised.

Vote Up00Vote Down
witchfinder general
I expect most of these people that begrude the council workers a decent pension are those who choose to work for a lot of island employers that have held workers wages and benefits to the minimum they can get away with, refuse to join unions fo a better deal, be against a fixed link that could use so they could get to a better paid job. In… Read more »
Vote Up00Vote Down