The last lecture of the season on Thursday evening takes a look at two iconic figures, Queen Victoria and Guiseppe Verdi.

The Vectis Decorative and Fine Arts Society will be holding the last lecture of the season tomorrow (Thursday) evening at Medina Theatre. 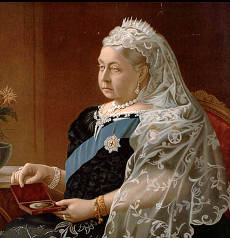 The subject this month is Verdi and Victoria, presented by social and cultural historian, Daniel Snowman.

Queen Victoria and Guiseppe Verdi died within a week of each other. Victoria loved opera whilst Verdi cared deeply for the politics of Italian unification.

Both achieved early celebrity, later retiring from public gaze before becoming national treasures once again in old age.2013 is also the bicentenary of Verdi’s birth.

Both Victoria and Verdi became encrusted in layers of mythology, during their lifetimes and thereafter, as British and Italians alike refashioned their past in the service of an ever-shifting present. Drawing on a rich multiplicity of images, this Lecture examines the changing iconography of the two ‘V’s’ against the background of the wider cultural history of their respective nations.