The new £30million car ferry set sail over the weekend to bring her first paying customers to the Isle of Wight from Portsmouth. 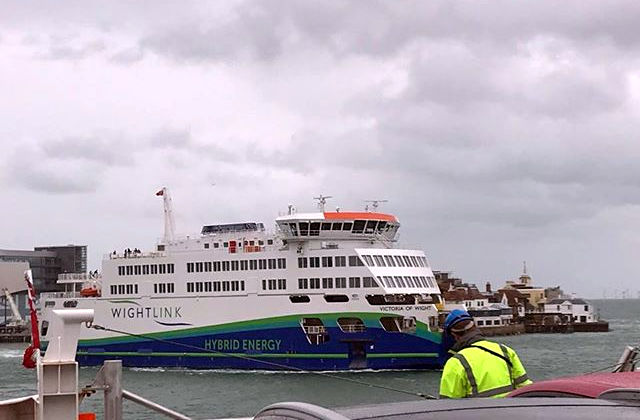 Wightlink’s new £30million car ferry Victoria of Wight carried her first fare-paying passengers on Sunday 26 August, just over two weeks after she arrived in the Solent from the Cemre shipyard.

Over the last fortnight, Wightlink staff have been working hard on the finishing touches to make her the most luxurious Isle of Wight ferry ever – as well as the most environmentally friendly.

Hybrid energy
Powered by hybrid energy, Victoria of Wight uses a combination of battery power and conventional engines to link Portsmouth and Fishbourne with minimal emissions and more quietly than the rest of the fleet.

Victoria of Wight can carry 178 cars and more than a thousand passengers. There are Wight Taste and Costa Coffee outlets onboard, together with a children’s play area, gaming area and a range of comfortable seating including panoramic lounges at the front of both passenger decks.

First paying passengers
The Francis family from Hammersmith, London were the first people to drive on board Wightlink’s 10:30 sailing from Portsmouth – the first crossing to Fishbourne by Victoria of Wight. They are staying in a cottage in Brading for a week. 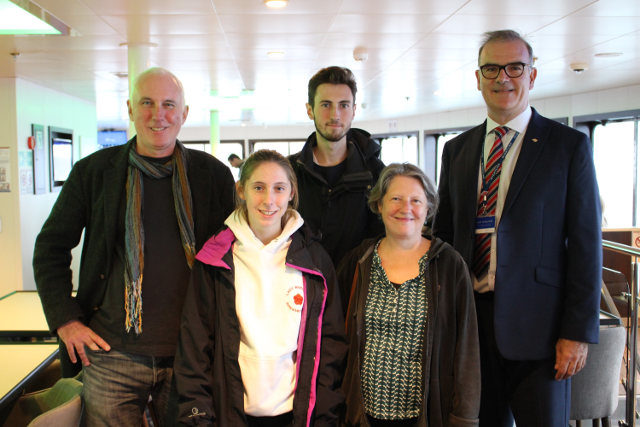 “When we booked our family holiday we had no idea we would be one of the first to travel on such an impressive ship. Victoria of Wight looks more like a cruise liner than a ferry.

“My wife Bernadette and I haven’t been to the Isle of Wight for many years and it will be Sam and Isobel’s first time. We’re definitely going to do the Red Squirrel trail by bike.”

“This is an important milestone for Wightlink and I was delighted to welcome our first customers on board this morning. Victoria of Wight brings a new era of modern and environmentally friendly transport to the Solent.”

Training during quieter periods
Now Victoria of Wight has joined Wightlink’s fleet, she will be regularly carrying passengers. However, more crews need to be trained to operate her and this will take place on quieter midweek days this autumn when she will be withdrawn from regular service.

Wightlink’s £30million flagship Victoria of Wight is part of the company’s £45million investment in the Portsmouth – Fishbourne route. £15million has been spent on port improvements to permit double deck loading of both Victoria of Wight and St Clare ferries.

newest oldest most voted
I do not believe it