If you can help with the dam building efforts, head to the Canoe Lake for 3pm. 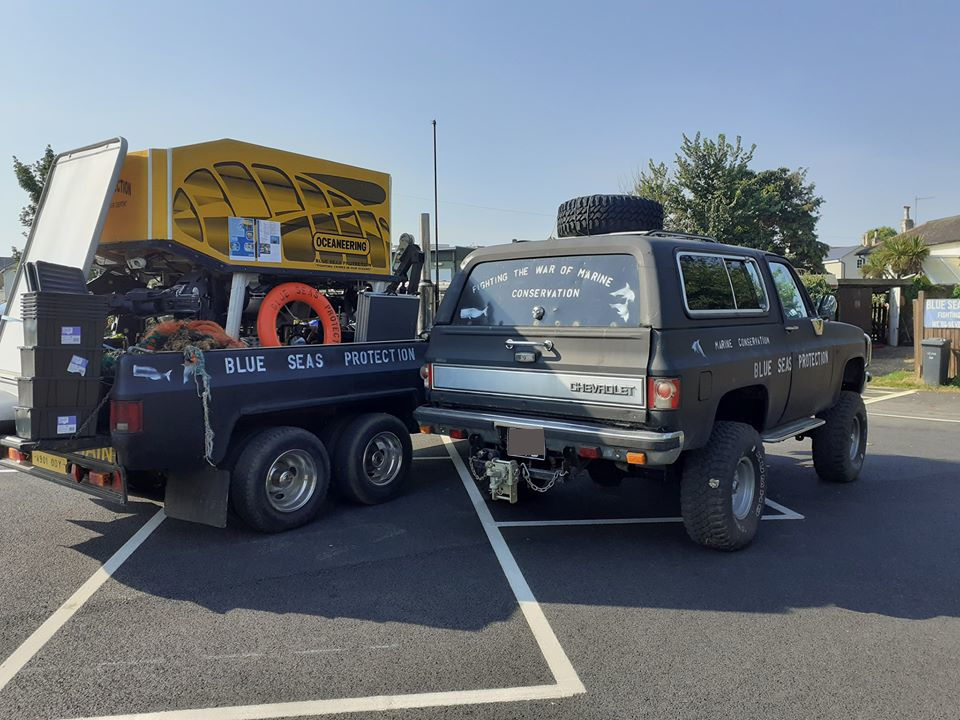 Volunteers are being urged to head down to Sandown’s canoe lake (next to Dinosaur Isle) for 3pm today to help build a dam in the leaking pond whilst the fish that are struggling to breathe due to the very low water levels are relocated.

The Isle of Wight community appears to be pulling together to resolve the situation, with Matthew Sherwood spearheading the rescue efforts.

Relocating fish
Blue Seas Protection says they have received permission from the landowner to relocate the fish while the situation in the lake is improved. They also say the Environment Agency (EA) have given permission to pump water into the lake if the predicted rain doesn’t arrive.

Building a dam
Jewsons in Sandown have donated a large liner for the dam project and volunteers are needed (from 3pm) to help with this effort. The idea is to build a dam on one side of the lake where the water is less shallow – allowing the fish greater access to deeper water.

Edward Burden – who rescues birds and wildlife – has assessed the area and has a pen ready for the swans if it works out that they need to be removed. Sadly their cygnets have already died, so Edward believes they may just fly off.

“Whilst the Isle of Wight Council is the responsible land owner for one third of the lake, the Environmental Agency are the lead agency regarding water levels and the wellbeing of fish stock and are advising and liaising with the predominant land owner to resolve any issues.

“If members of the public have concerns. They should phone the Environment Agency incident number 0800 80 70 60.”

Stay up to date
A meeting was held last night and a new Facebook Group – Sandown Canoe Lake Save Our Fish – has been formed where updates are being regularly posted.

This helps Sandown Hub avoid becoming inundated with posts on one subject.

It’s great to see the community coming together.

newest oldest most voted
Tamara
Well done, Matthew Sherwood, for raising the alarm and for your determination to save the fish. Well done, Josh Murray, for setting up the Facebook Group and holding a meeting so promptly to decide on a course of action. Thank you, Blue Seas Protection for getting permission from the landowner and providing a boat, to Jewson’s for donating pond-liner, and to all those who turned up to… Read more »
Vote Up52-4Vote Down
greenfiremouse

How on earth can someone give the thumbs down on this comment???

Could well be Quaint old Councillor Churchman. She has proved in public meetings that she gets confused easily by a two option vote. Or maybe it’s from a clever heron.

Well done Councillor Ian Ward for staying away and ensuring nothing was mismanaged. Some Councillors actually perform better through absenteeism.

So pleased something is being done. Very sad about the cygnets, but well done to all concerned.