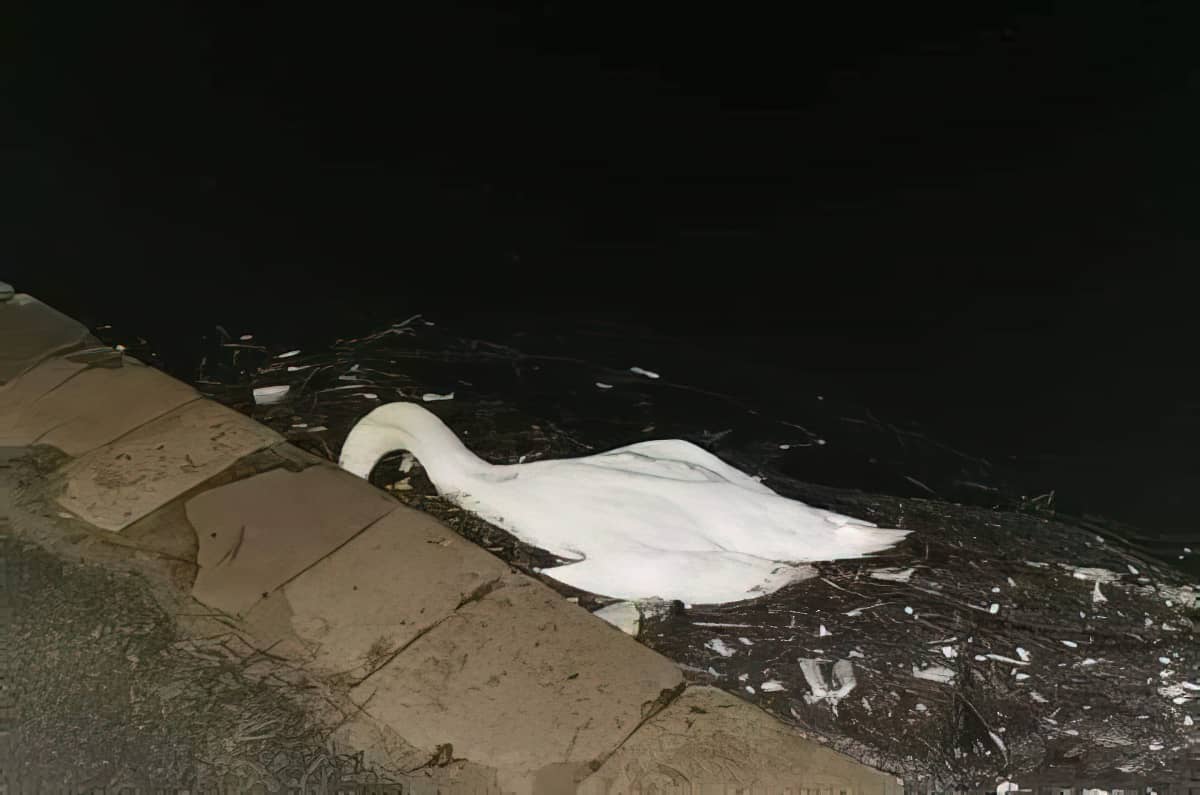 Kay Ounsworth from IOW Wild Bird Rehabilitation is urging residents and visitors to stay away from Ryde Canoe Lake.

The warning comes after more swans have been found deceased at the lake. Kay believes there have been four within a few days and seven in the last two weeks.

“We believe this is potentially due to the highly virulent and deadly bird flu H5N8.

“The police are aware we are trying to get word out until the powers that be can make the area secure and test the water and birds and arrange cordons if/as necessary. I cannot stress the urgency of this enough.”

Authorities informed
Kay also explains that as well as the police, the wildlife officer, RSPCA, Island roads, DEFRA, BTO, RSPB and local councillors have been alerted.

Isle of Wight naturalist and BTO (British Trust for Ornithology) Regional Rep, Jim Baldwin, says swan numbers have increased at the lake in last couple of months, along with large gull numbers.

Canada Geese and Black Swans, as well plus Tufted Ducks and Mallards. Some are migratory.

Ounsworth: Any movement in area could spread it far and wide
Kay says,

“If these birds are dying due to bird flu, any movement in the area could spread it far and wide. Stay away from other waterways and farmland especially where poultry are kept until you have disinfected yourself/footwear and washed/changed your clothes.

“Every bird could be at risk…even pet birds/fowl.”

She finished by saying,

“Please, don’t be complacent. Although marginally speculative, the Island economy has suffered enough. We must stay away. Do not touch any dead or ailing bird at the lake. Call Defra on 03459335577.”

POETRY CORNER;
“The dead swans lay in the stagnant pool.
They lay. They rotted. They turned
Around occasionally.
Bits of flesh dropped off them from
Time to time.
And sank into the pool’s mire.
They also smelt a great deal.”

by Paul Neil Milne Johnstone
AKA Paula Nancy Millstone Jennings
(said to be the Worst poem ever written.)