Sit back and let Isle of Wight musician and poet, Cooly Haste, take you on a journey through the A to Z of goddesses 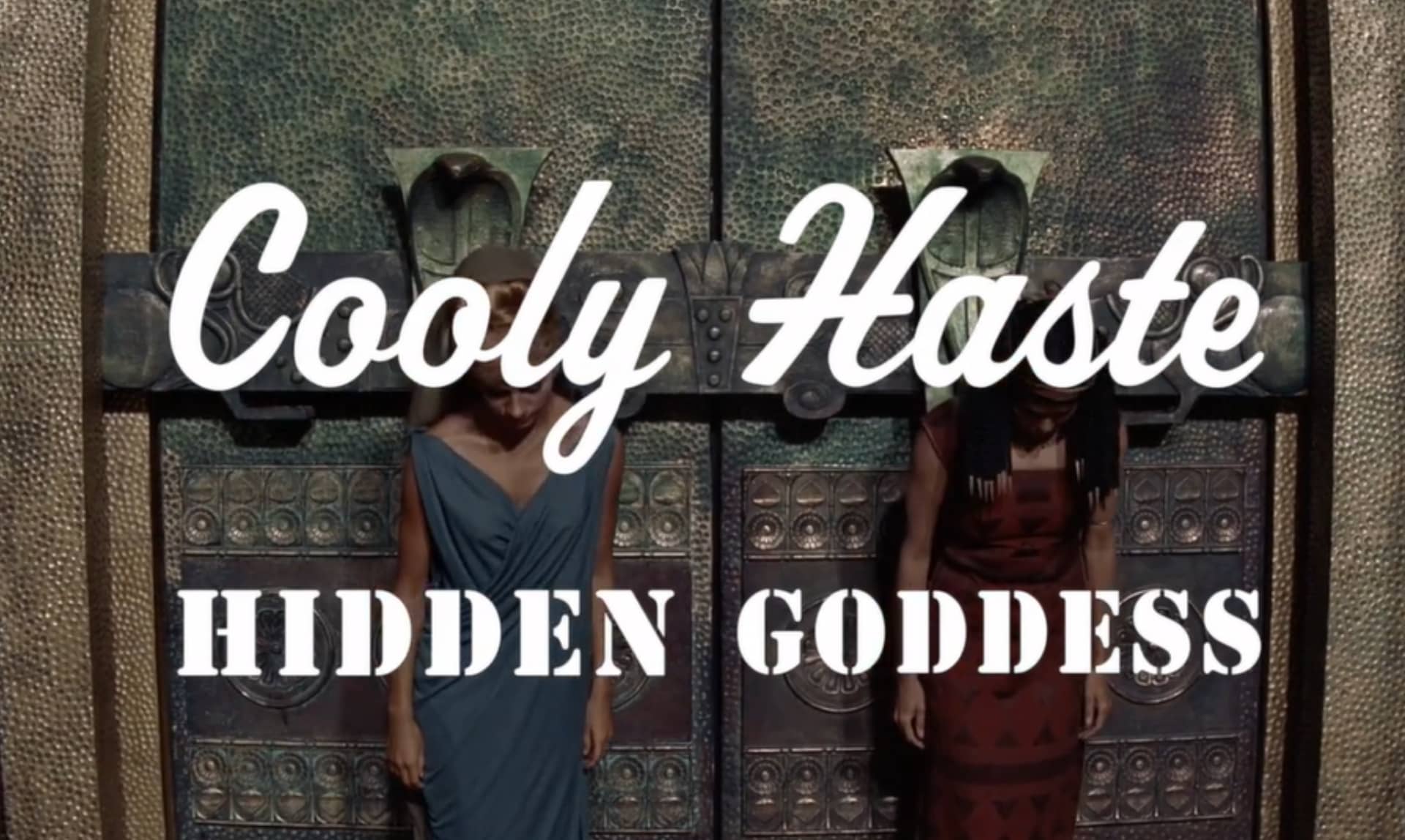 Much like the equally brilliant A Brief Century performed on the Book Bus at Ventnor Fringe Festival in 2019, this latest A to Z – this time featuring a plethora of goddesses – even has references to Ventnor and the Undercliff squeezed into it.

As you’ll see from the video below, Cooly has a remarkable way with words, complemented by magnificent scratching skills from DJ Wills O’Steel.

Sit back and enjoy the video
If you can’t keep up or just want to read the words, you’ll find them below the video.

You can find more videos by Cooly on his YouTube account. Music can be accessed on Bandcamp – where you can buy the Three Queens album which features Hidden Goddess (and a remix by Randy Bones) and A Brief Century (part one and two) – as well as on Soundcloud.

Attention all awoken as I ask for an assist,
And approval for my art from angelic Artemis,
I aspire and aim at alternative almighties,
With an arrow of amore of Astarte Aphrodite,
And Athena is the architect of ancient Athens,
Her Acropolis is the apex of Aegean attractions,
She is the activating agent of their actions,
The archetypal anima awaiting the Assassins,
Boadicea is the bravest beauty of Britain,
She battled the barbarians but was beaten by brigands,
Ceres is the cherished child of the corn,
Cooking up creation in her cup and crucible,
Diana and Demeter dance at dusk and dawn,
It’s the dear darling damsels and dames I do adore,
Eve was evicted from earth’s eastern Eden,
She eloped with Europe one Easter evening,
Followed by fairies, fates and furies fleeing,
For they found the feminine forgotten and forbidden,
Gaia and the gorgon grew the genes the God got given,
So the genatrix in genesis is a Goddess he has hidden,
Hera and Hecate are the hosts of hell and heaven,
I hail hades heroine and Hector’s hostage Helen,
When hunting Higgs with hadron it’s to Hathor he is heading,
My home is on Hygeia’s happy hill of healthy heather.

Isis is innocent of Islamic insurrection,
Isis isn’t involved in Iraqi independence,
Isis is an infinite immaculate inception,
Isis is immanent and immune to your inspection,
If the information industry insists on her inflection,
Instead I’ll invite Ishtar and Innana’s intercession,
Juno’s jury gives Jezebel justice,
Kali and Kore kick out king kristos,
The Lady of the Lake loves liquid lyrics,
Lunar light and the laws of Lilith,
The ley-lines look like lounging lizards,
Whose limbs lie where low land is lifted,
Mythic man must marry a Missus,
But in Moses’ myth the Miss is missing,
And mostly mute man my main mission,
Is to move minds like a mad magician,
As I move my mass through the material matrix,
On matter’s meaning I meditated,
Coz meanings matter Minerva made it,
And Mother Mary remained a maiden,
Naked natives nurture nature,
Now NATO nations nuke and napalm,
The owl and the oracle observe each other,
Oil’s OK but only olive on offer.

Persephone plunged into Pluto’s pit,
It’s Pandora’s pocket that physics has picked,
The queen of quintessence is quantum and quick,
Rhiannon rode past with a rose on a rick,
Sophia supplies the sapient sense,
That Solomon sought so it’s Sheba he sent for,
The turf and terrain under tabernac tent or,
The undulating ups and downs of the undercliff of Ventnor,
Viva the victory of the valiant virgin,
Who vanquished the vermin from valleys so verdant,
When will the Woman of Wisdom be worshipped,
For weaving the web of the world in her workshop,
The warp and the weft the wizard and witches,
XX kisses exquisite explicit,
Like Baba Yaga in yonder Yugoslavia,
With the zest of Zoe on a zephyr with Zenobia.

This is going on repeat tomorrow :) Stunning work. Love every bit of it.