The latest exhibition at Dimbola Museum and Galleries features close up portraits of great men by Julia Margaret Cameron curated by her son, Henry Herschel Hay Cameron. Details within of the online preview, filmed by Julian Winslow and presented by Gail Middleton 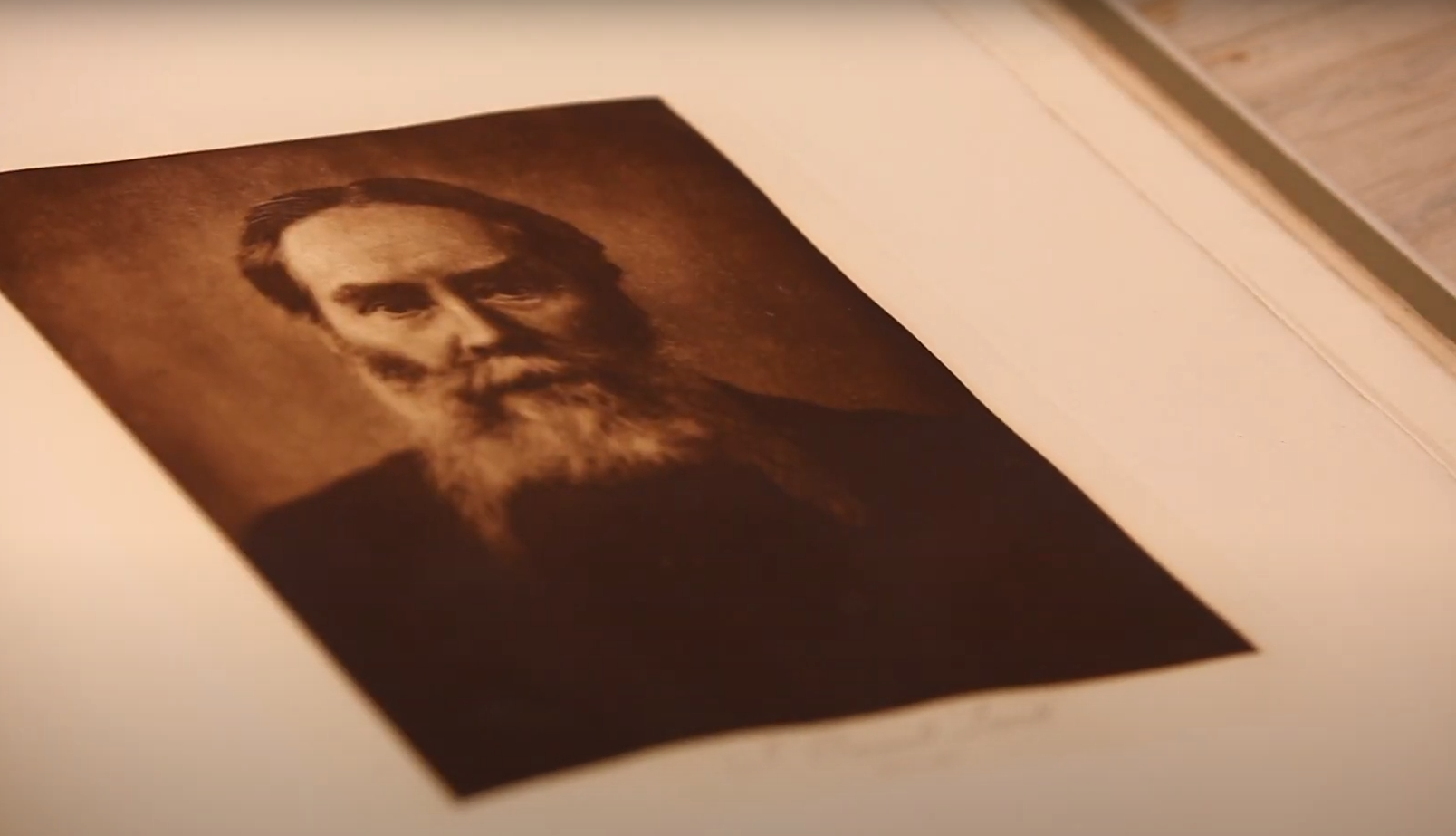 In a first for Dimbola Museum and Galleries, their latest photographic exhibition, Julia Margaret Cameron: Close Up will be previewed online in a film made by Isle of Wight photographer Julian Winslow with Gail Middleton (Mrs Middleton’s Books) as the curator-presenter.

Julia Margaret Cameron: Close Up focuses on Julia’s astonishing portraits of great men. The selection was chosen by her son Henry for an album he was compiling called Tennyson and his friends,  which he published in 1893, some 14 years after his mother’s death. The album was discovered by Gail Middleton which sparked the idea for an exhibition.

“When I was first shown this extraordinary album it struck me that this was the perfect opportunity to bring a heartfelt curation of Julia’s work to a wider public but then the Coronavirus lockdown happened.

“So, much in the spirit of Julia, we looked for resourceful ways to get this exhibition into the public eye. Julia was known for her self-promotion she even placed a gallery of her photographs in a railway station. Working with Julian in a creative but socially distant way we managed to synthesize the exhibition into a short film.

“We really hope viewers enjoy hearing about this incredible woman who changed the face of photography from a hen-house on the Isle of Wight.”

Astonishing images of exceptional people
Close Up captures the true essence of Julia’s portrait work and for that we owe Henry a debt of gratitude.  What perhaps is lost over time is just how original and startling these images were.

The composition, intimacy, lighting, exposure and styling was simply unlike anything seen before.

In addition, her subjects were great thinkers, scientists and artists, as a result we have a body of astonishing images of exceptional people who have shaped our civilisation – a truly wonderful legacy.

Pioneering photographer
During her lifetime trailblazing photographer, Julia Margaret Cameron produced over 1,200 images. The range of her work was diverse from Pre-Raphaelite inspired tableaus to portraits. 14 years after her death, her son Henry Cameron published Tennyson and his Friends, which included several portraits taken by his mother.

The images, many taken in her converted hen house on the Isle of Wight, were of leading Victorian stars: Tennyson, Herschel, Darwin, Browning and Carlyle.

In curating her work, Henry sheds light on the true power of Julia’s revolutionary close-up portrait, providing us with an insight into what makes a person exceptional.

Henry’s portraits
Julia Margaret Cameron: Close Up also features two of Henry’s portraits, one of American poet and Virginia Woolf’s godfather, James Russell Lowell and the other of the great actor Henry Irving.

The exhibition will be shown alongside the rare volume of Tennyson and his Friends 1893 when Dimbola Museum and Galleries re-open.

“These are extremely challenging times for the arts and many venues will be facing uncertain futures.

“We are grateful to Natural Enterprise, the SLEP and the Local Growth Fund for assisting us in new ways to bring the extraordinary work of Julia Margaret Cameron into people’s homes.

“We are also working with Words and Stuff to produce an accompanying book to generate funds for Dimbola.”

newest oldest most voted
greenfiremouse
Actually, I do agree with Septua. The sound is a bit mushy (speaker probably slightly too close to the microphone), and she has adapted to the “new” way of speaking by not only doing is rather fast, but also swallowing consonants. I usually find it a lot easier to understand people from Ireland and Wales rather than Southern England because of exactly that reason… But it is… Read more »
Vote Up10Vote Down
septua

Very interesting, but unfortunately the sound is not as good as it could be. The narrator is talking too quickly and this makes it difficult to fully hear what she is saying.

Hi Septua, it sounds fine on mine, could it be your computer? It’s only a small production, shame you experienced sound issues. We will be producing an A5 magazine to accompany it so keep looking at the Dimbola information. Thanks for your feedback. Tracy

Hi Septua, if the video is too fast for you, you can slow down the playback of the video by clicking on the gear shape on the bottom right corner of the video and altering the Playback speed.