Watch this mesmerising video of Thorne Bailey on his Cyr Wheel

Shot for a Grounded Circus Pandemic Party in April, this video of Thorne on his Cyr Wheel is mesmerising 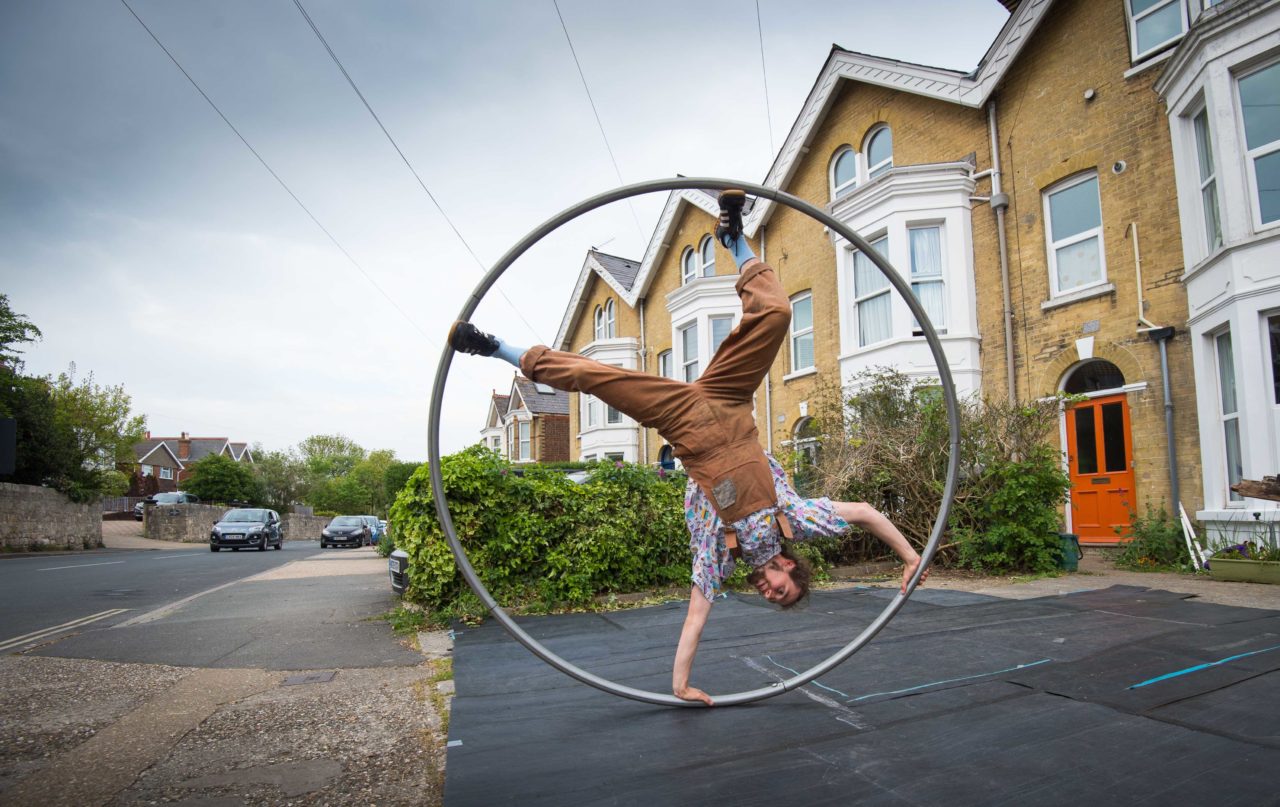 Near the beginning of the Coronavirus lockdown, Thorne Bailey from Cowes, took part in a Grounded Circus online fundraiser for performers.

A master of the Cyr Wheel, Thorne had been spending his time practicing in the front garden of his parent’s house in Cowes and found it was the perfect place to capture his segment for the Grounded Circus online event.

The ‘pandemic party’ event was partly for entertainment, and partly as a fundraiser, because all work had ceased for the performers.

Watch now
Make sure you have your sound turned on, and then sit back and prepare to be mesmerised by Thorne on his Cyr Wheel.

Ventnor Exchange’s creative apprentice Megan Stisted recently interviewed Thorne about his work. Check out the interview over on the VE Website.

Find out more about Thorne by following him on Instagram.

Awesome – how those passers-by barely looked up was hysterical too. Very talented chap 👏🏼👏🏼

This could replace more dangerous forms of public transport. We need to have special lanes for people commuting by doing cartwheels.