If you haven’t booked your tickets in advance, it’s not too late. 250 tickets have already flown out of the door, but you can buy yours on the door tonight. It’s going to be a great night out. 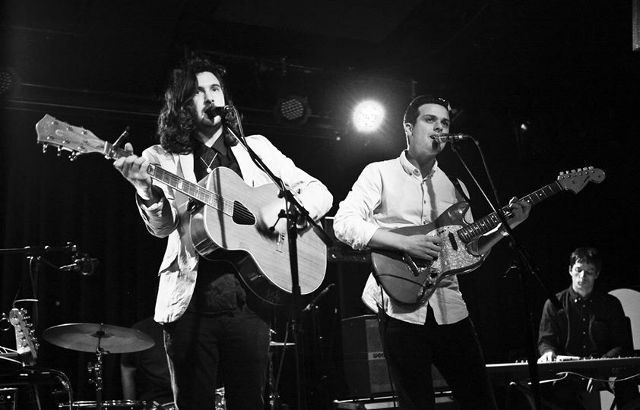 If you haven’t made plans for tonight yet, gather your friends together and head to Ventnor.

Fresh from their European and UK tour, critically acclaimed Isle of Wight duo, CHAMPS, will be performing with a full band at the Winter Gardens as part of the Isle of Arts Festival.

Their second album, VAMALA, has received tremendous airplay on the radio waves from the likes of Lauren Laverne, Tom Ravenscroft and Steve Lamacq, with Rough Trade voting it Record of the Month.

✩✩✩ The Independent “Champs style is a one off”

Tickets to grab a slice of the action are just £7. You can grab yours from Seasons newsagent on Ventnor High Street or at the Ventnor Winter Gardens Box Office – which will be open tonight (so you can pay on the door).

Having seen them play live many times, we can highly recommend it.

Well done to Julie Wyatt and Michael Dignan who who tickets in our competition earlier in the week.

Sit back and enjoy
If you haven’t seen them before, you’ll find out what we’ve been banging on about for the last few years – and why we rate them so highly.

Here’s a little taste of the Champion brothers to whet your appetite ….

Filed under: Island-wide, Ventnor, What's On