The rally was a shakedown for the Wight Rally Sport team in preparation for their campaign in the ACSMC Tarmac Championship in 2019. 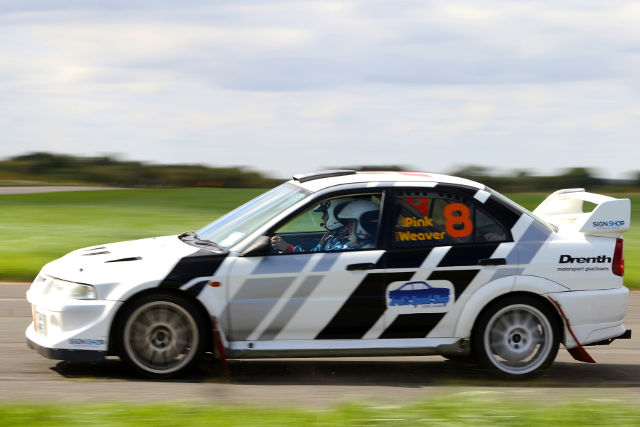 With support from his newly formed rally team – Wight Rally Sport, the inaugural outing took place on Sunday 9th September at the Wethersfield Stages in Essex, a single venue stage rally located in an active air base.

With no time for pre-event testing, familiarisation with the car had to take place during the rally and with co-driver, James Pink, only seeing the car the night before the event.

With six stages of ten miles each over concrete runways and side roads, the Wethersfield Stages were extremely fast and technical. Despite pushing the car to its limits and with a couple of spins, Richard and James found the car to be blistering quick and reliable just achieving second in their class and taking sixth overall.

Supporters
Wight Rally Sport would like to thank Sign Shop Bembridge for their vehicle graphics and support.

Wight Rally Sport are planning to compete at many more rallies across the south coast and with some international forays to Belgium.

Next event
Their next event is The Challenger stages at Bovington Training Ground in Dorset on 18th November 2018.